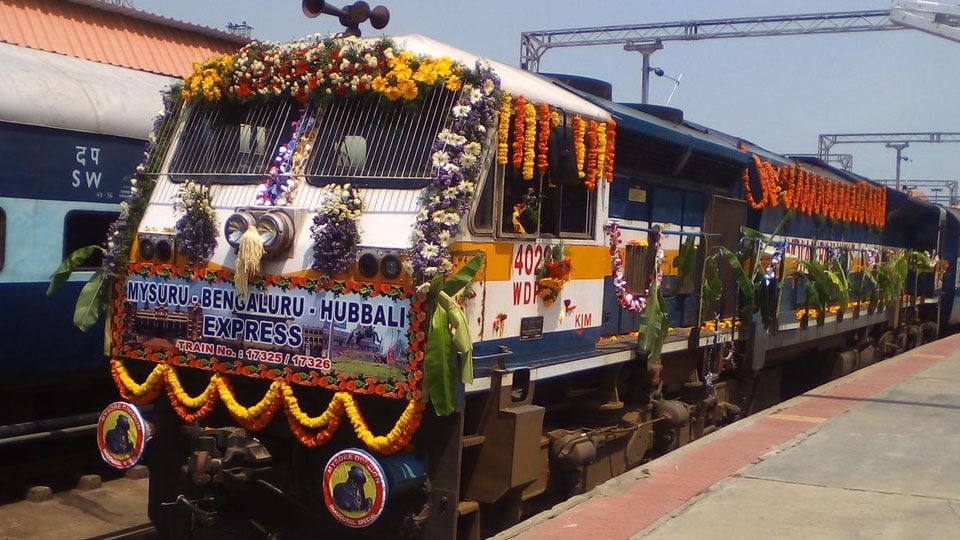 Vishwamanava Express to originate at Mysuru Railway Station from Jan.13

Not from Ashokapuram Station

Mysuru:  The Ashoka-puram-Mysuru-Belagavi Vishwamanava Express will originate from Mysuru City Railway Station as per the existing time of 5.50 am, starting from Jan.13.

Speaking to SOM, SWR officials said following demand from rail commuters the Vishwamanava Express was extended to Ashokapuram last year. But in the later months, there was a severe drop in the number of passengers, with hardly a dozen travelling from Mysuru to Ashokapuram and vice-versa. As the train used to run almost empty from Mysuru to Ashokapuram, the Railways incurred huge operational costs. Due to other operational constraints and also due to very poor patronage, the Railways decided to short terminate the train at Mysuru with effect from Jan.13, they said.