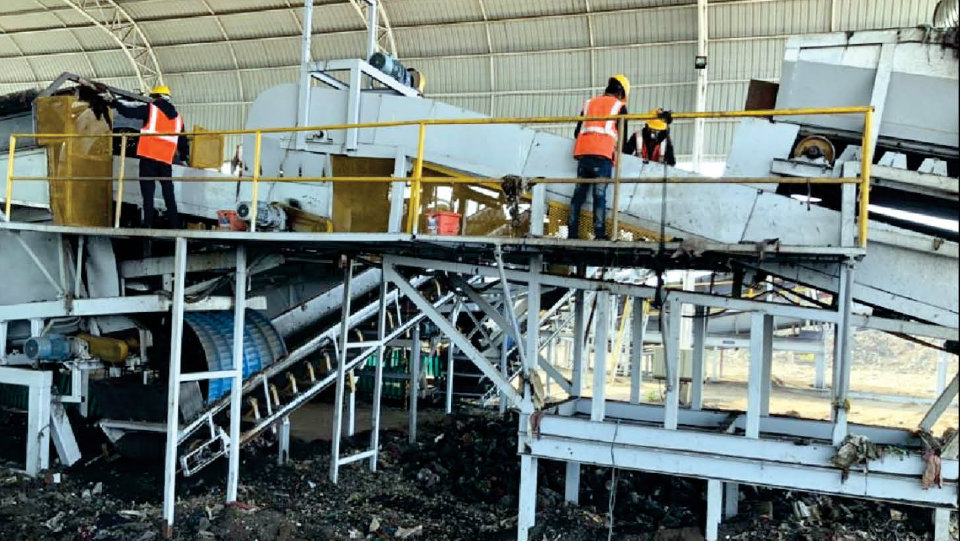 Mysuru/Mysore: Even as the Mysuru City Corporation (MCC) is grappling to deal with pile-up of over two lakh tonnes of waste at the Solid Waste Management Unit at Sewage Farm in Vidyaranyapuram, the State Government has planned to install machines that convert waste into useful products such as paper, asphalt and bio-fertilisers, at the site.

The machines, totally costing about Rs.100 crore, will be installed in a period of about 14 months. The MCC has been asked to provide 30 acres of land for this project.

The Urban Development Department is said to have entered into an agreement with a Nagpur- based company for disposal of waste at Sewage Farm and has also finalised the tender.

The Department is giving Rs.18 crore to the company, out of which MUDA’s contribution will be Rs.5 crore, MCC Rs.3 crore and the rest Rs. 10 crore will be paid by the Government. The Nagpur-based company has been entrusted with the responsibility of clearing  the waste pile-up at Sewage Farm and also disposal of wastes that is dumped daily at the site.

The machines, once installed, will convert the waste into useful products such as Paper, Tar (Asphalt) and Bio-fertilisers through advanced technology. The company has also been tasked with the responsibility of marketing the products, according to sources.

It may be recalled, following directions from District in-Charge Minister V. Somanna, a team of officials led by Deputy Commissioner Abhiram G. Sankar visited Nagpur last month to study in detail the modern and scientific methods of waste management and disposal there.

The team visited Nagpur Municipal Corporation and studied bio-mining technique and the landfill there. The team learnt about segregation of waste, management and disposal of waste, production of bio-fertilisers and all other issues concerning waste treatment using the most  scientific methods. While Mysuru generates 400 to 450 tonnes of waste daily, Nagpur City generates 1,200 to 1,400 tonnes everyday. The Nagpur model is being followed in many other cities, which generate huge quantity of wastes everyday.