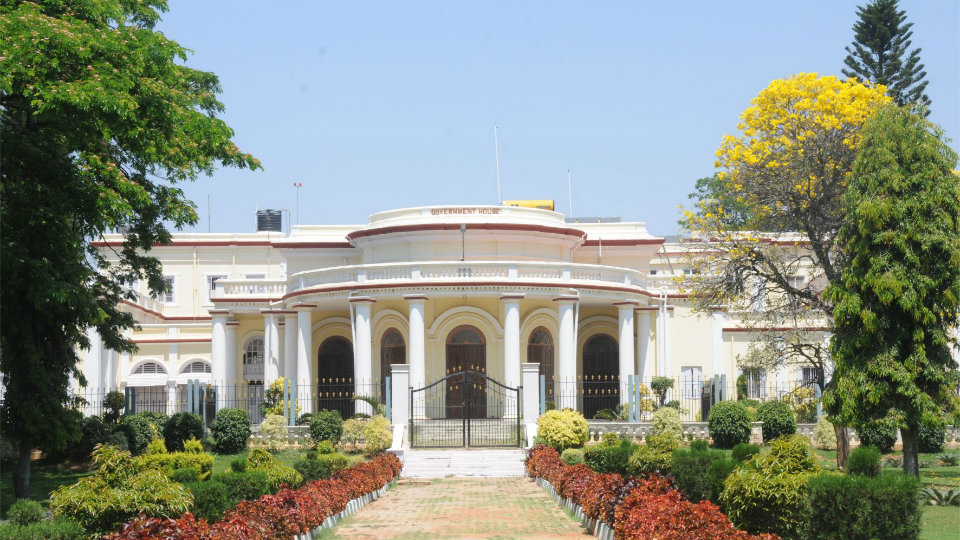 Mysuru: If things go as per plan, the city will get a swanky and highly-secure accommodation facility for the likes of President, Prime Minister to stay when they visit Mysuru and nearby areas.  A proposal has been sent by Mysuru Deputy Commissioner to the State government seeking administrative approval to construct a new annexe building adjacent to the Government Guest House at Nazarbad.

DC D.  Randeep has written to Principal Secretary, Department of Personnel and Administrative Reforms for government approval for the mega project. He has stated that Mysuru has no exclusive place for the VVIPs to stay during their visits to the city and nearby areas.

It may be recalled here when Prime Minster Narendra Modi came to the city on Feb. 18, the District Administration and the Special Protection Group had to frantically search for suitable accommodation to the PM as Hotel Lalitha Mahal Palace was fully booked for a high-profile wedding. The authorities then zeroed in on Hotel Radisson Blu and the Infosys campus for the PM’s stay. Finally, the PM stayed at Radisson Blu.

Citing this instance and the schedule of President Ram Nath Kovind who was supposed to land in Mysuru on his way to Shravanabelagola on Feb. 6 and 7, Randeep has said that there was an urgent requirement of 30 to 40 rooms for the VVIP security personnel to stay with an additional five exclusive VVIP rooms for the special guests to stay. As of now, there are only 10 rooms available at the Government Guest House for VVIP stay.

If helipads are constructed, money can be saved in ferrying the VVIPs from one place to another from the existing helipads and also security expenses can be minimised, the DC has stated.

An estimate has been prepared by the Executive Engineer, Public Works Department (PWD) and it states that the new facilities can be built at a cost of Rs. 22 crore. Randeep has stated in his letter that once the government gives approval, a detailed project report can be prepared where architects from the PWD can design the structure.