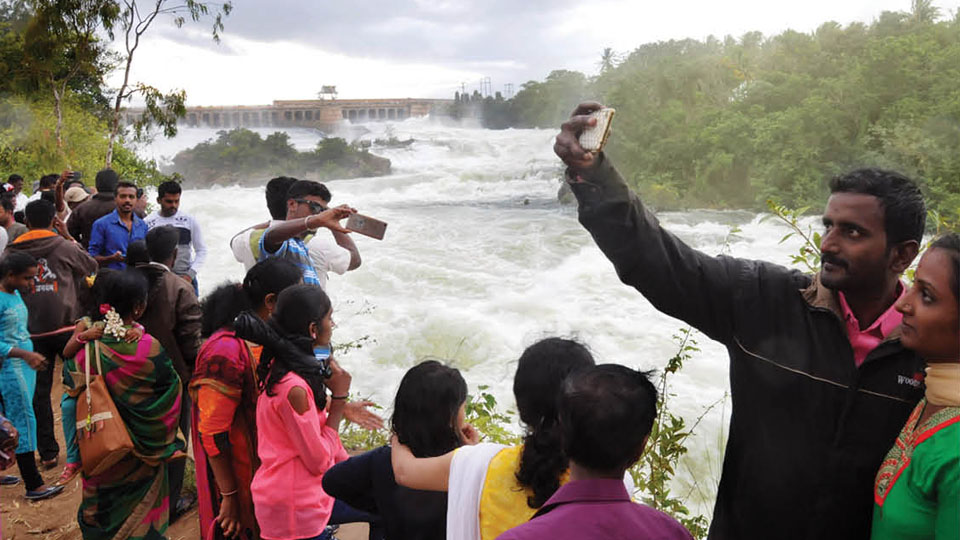 Mysuru: Water discharge from the Krishna Raja Sagar (KRS) Dam has pushed up the number of tourists visiting sites along the Cauvery Basin including Balamuri, Edamuri, Ranganathittu, Srirangapatna, Ganjam and surrounding areas. Yesterday being a holiday, many tourists had come to KRS from Bengaluru and Mandya.

Many temple complexes at Srirangapatna have been inundated as over 70,000 cusecs of water is being released from the KRS Dam. Thousands of tourists are thronging the KRS to witness water being released from the crest gates. While hundreds of them crowded the viewing spot near the office of Executive Engineer, Cauvery Neeravari Nigam Limited many were seen taking selfies of the water release. 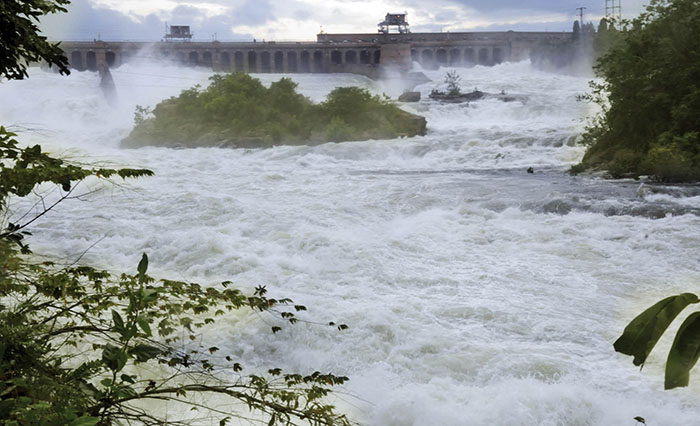 As the number of visitors increased, it led to traffic snarls on the road leading to the reservoir. Many tourists parked their vehicles by the side of the roads and were seen entering canals, holding each other’s hands for safety. Police who were deployed downstream had a tough time in controlling the crowd.

The viewpoints of gushing water turned into mini markets with vendors dealing in a variety of food from fried masala groundnuts, fried moong dal and churumuri to spicy Thotapuri mangoes swiftly setting up make-shift shops to cater to the visitors’ hunger. Apart from these snacks, a few enterprising vendors were selling freshly-caught fried river fish and crabs along with tamarind chutney and onions. Viewpoints of gushing water from KRS turn into mini markets with vendors selling a variety of food including
spicy mangoes, churumuri and fried fish

Balamuri, the mini-waterfalls situated downstream of KRS, too has come alive, attracting many visitors. But considering the notoriety of the place that has taken many lives, enough precautionary measures have been taken.

The waterfall, over the years, has gained notoriety of being a death trap. The Balamuri waterfall is scenic and artificial waterfall created because of the construction of a concrete barrier across Cauvery. When water is released from the KRS, it forms a beautiful sight. Barricades and deployment of security personnel ensured that the visitors were prevented from entering the waters. 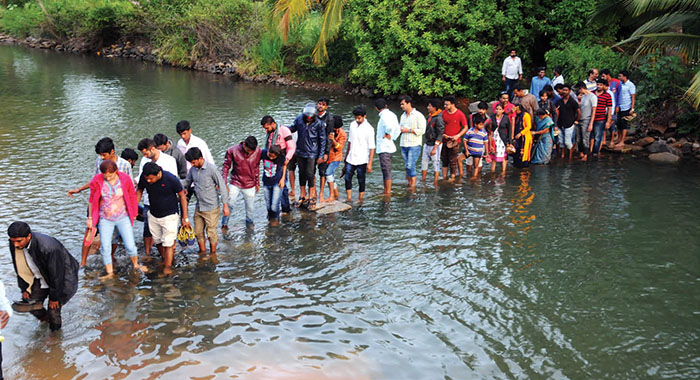 People hold their hands to cross a canal downstream the KRS.

Tourists also thronged places including Paschimavaahini, Sangam, Ganjam, Nimishamba and Gosai Ghat. The Nimishamba and Gautama Temples at Ganjam were flooded, with the flowing river water touching Nimishamba Temple complex. As a result, the changing rooms that have been built on the river-bund abutting the shrine to facilitate devotees, was out of bounds. 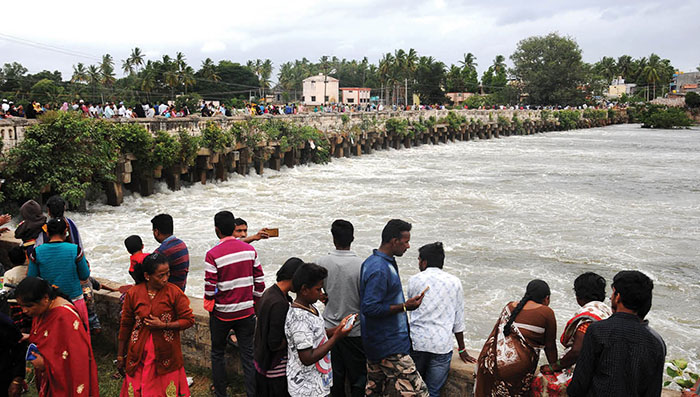 With water flowing in force, tourists and passersby were seen stopping over at historical Wellesly Bridge at Srirangapatna to catch the moment on their phone cameras.