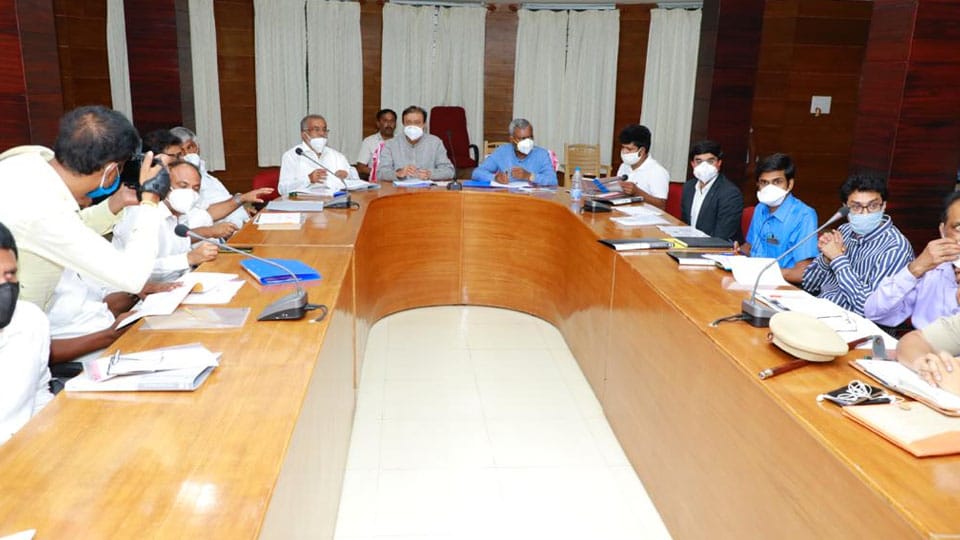 Mandya: With farmers eagerly awaiting flow of water in canals for cultivation of Kharif crops, Co-operation Minister S.T. Somashekar, who is also Mysuru District In-charge Minister, said that water will be released in canals from Cauvery and Kabini Reservoirs for irrigation purpose from July 28.

He was speaking at a meeting of Irrigation Consultative Committees (ICC) of both the Reservoirs at Cauvery Auditorium in Brindavan Gardens at KRS in Srirangapatna taluk here on Saturday, which was also attended by Mandya District In-Charge Minister K.C. Narayanagowda.

Pointing out that the meeting follows his announcement at an Agriculture Department meeting in Mysuru about 10 days ago in which he had promised to hold the ICC meeting on releasing water, Somashekar  said that  the people’s representatives of both the Districts have agreed to release water into canals from both the Reservoirs for irrigation purpose.

Stating that he has directed Agriculture Department officials of both the Districts to ensure sufficient stocks of sowing seeds, fertilizers and other agricultural inputs, he said that he has also asked the Irrigation Department authorities to complete canal repair works before July 28.

The Minister further said that officials have been instructed to hold ICC meeting in respect of Harangi Reservoir to discuss release of water from July 28.

Referring to wage dues to Watermen, Somashekar assured that measures will be taken for releasing 6-month wage dues. Also, 1,492 more Watermen will be appointed across the State in the coming days, he added.