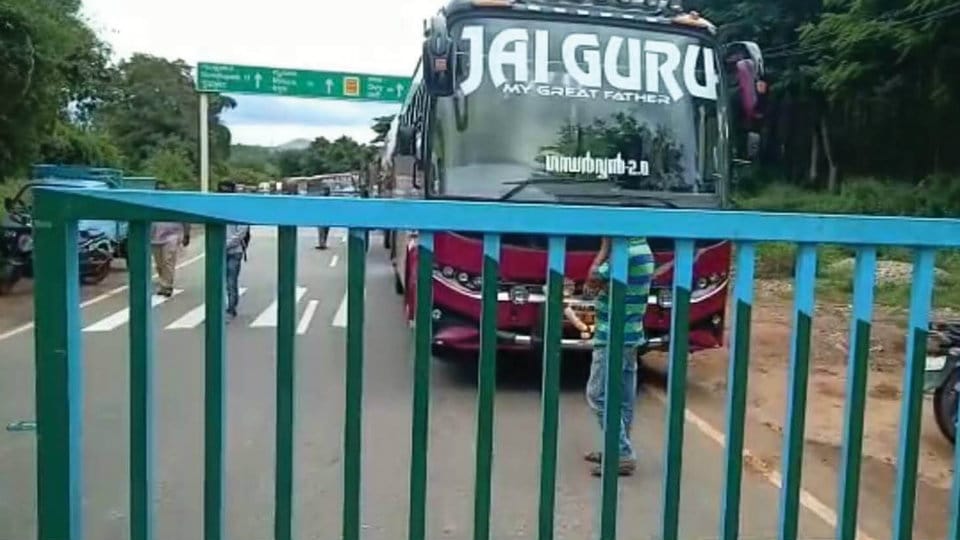 Gundlupet:  Traders and public in Wayanad District of Kerala observed a bandh yesterday against the night ban on vehicular traffic on the National Highway passing through the Bandipur Tiger Reserve. Hundreds of vehicles were stranded near the Maddur check post in Gundlupet taluk as the Forest Department did not allow vehicles to cross the border.

Trucks, buses and other vehicles were stranded from the check post to Kaggalahundi village. Vehicles lined up for several miles from Bandipur-Maddur check post. Vehicles were allowed to ply after only 3 pm after the situation had eased in Wayanad.

Reports from Wayanad said that the bandh was total with traders shutting shops and holding roadside meetings demanding the immediate lifting of the ban. Forest officers said that vehicles were stopped at the border as a precautionary measure. If vehicles get stranded inside the forest, it may pose threat to people and the wildlife.