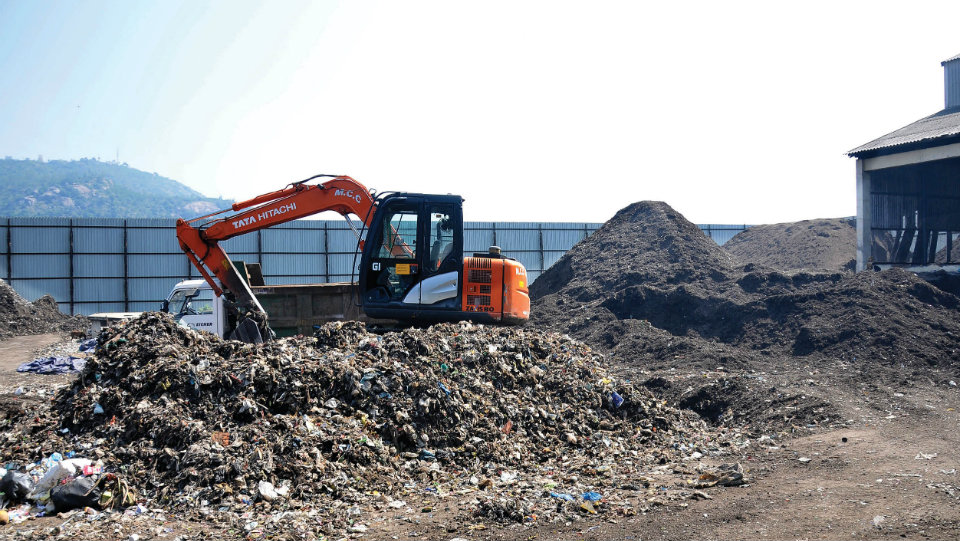 Mysuru: Solid waste management in Mysuru is set to witness a major revamp within two or three weeks, thanks to the highly ambitious and well-intended project of the Mysuru City Corporation (MCC) called ‘WoW’ or ‘Wealth out of Waste.’ It aims to segregate garbage at the point of generation and pack it into different coloured bags for recycling.

For this, the MCC has tied up with ITC Ltd., which has successfully implemented WoW in Bengaluru, twin cities of Hyderabad and Secunderabad and Khammam district of Andhra Pradesh, Coimbatore district of Tamil Nadu and parts of Chennai. The MCC has recently signed a Memorandum of Understanding (MoU) with the ITC and the project will see the light of the day in about two to three weeks from now.

The project is a two-year-old ITC initiative to create public awareness about the concept of ‘Reduce-Reuse-Recycle’ to improve environmental hygiene and have a clean, green society. The objectives include educating masses for source segregation, generating less waste and recycling it more.

Non-segregation of wet waste and solid waste (plastic) at source is a big headache for MCC. While the wet waste can be converted into compost, the dry waste is usually dumped in landfills. And most of the dry waste is not bio-degradable. Plastic is one such item.

At present, most of the city residents do not segregate waste and they mix them while handing over the bags to the garbage collectors who come to their houses on a regular basis. This practice is despite the MCC providing two different containers to households.

Even if the waste is separated and handed over, the garbage collectors mix them in their vehicles. This has made MCC’s job tough as it is impossible to segregate waste once it is mixed up. The result: Tonnes and tonnes of solid waste ending up at landfills. 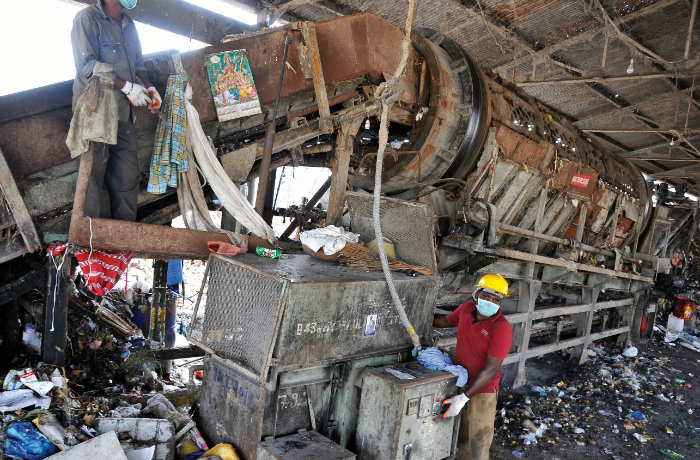 MCC Pourakarmikas and the people who manage the Sewage Treatment Plant find it difficult to segregate tonnes and tonnes of non-degradable waste from the wet waste. If the waste is separated at source, it will help in better management of waste disposal.

As per the ‘WoW’ initiative, the ITC, as part of its Corporate Social Responsibility (CSR), will collect dry waste for a period of three years and hand it over to firms recycling them.

Speaking to Star of Mysore, Dr. Nagaraj, MCC Health Officer and Nodal Officer – Swachh Sarvekshan, said that the ‘WoW’ project will be implemented across the city where the ITC will freely distribute two bags (20-30 kg capacity) to each household: Blue to collect plastic, metal and glass among others, while white for collecting waste paper. These bags will then be collected by the garbage collectors and dumped at the Solid Waste Management plants from where ITC will pick them up. Later, the ITC hands over the garbage to recycling industries.

The bags can be placed in any corner of the house and dry waste can be stored in them. These bags can be handed over to garbage collectors once a fortnight or a month, he said.

“Due to the election Model Code of Conduct, we could not implement the scheme and will launch it soon. To motivate garbage collectors, a certain amount will be paid by the ITC if they collect separated garbage from the households. We have worked out a revenue model where each garbage collector gains an additional income of Rs.100 to Rs.150 by collecting solid waste,” he said.

READ ALSO  Cleaning the Mess after the Show

ITC’s ‘WoW’ programme is a flagship initiative that seeks to address the crucial issue of post-consumer waste management in line with the Government’s `Swachh Bharat’ programme, ensuring the proper segregation and recycling of waste in a manner that protects and restores the environment, ensures the cleanliness and hygiene of neighbourhoods and in the process, creates sustainable livelihoods for a whole host of participants in the waste management process.

This programme is today being actively propagated and is receiving widespread support across eight cities. The programme started with a collection of just 10 Metric Tonnes (MT) of recyclables in 2007 has now swelled to collections of over 20,000 MT.