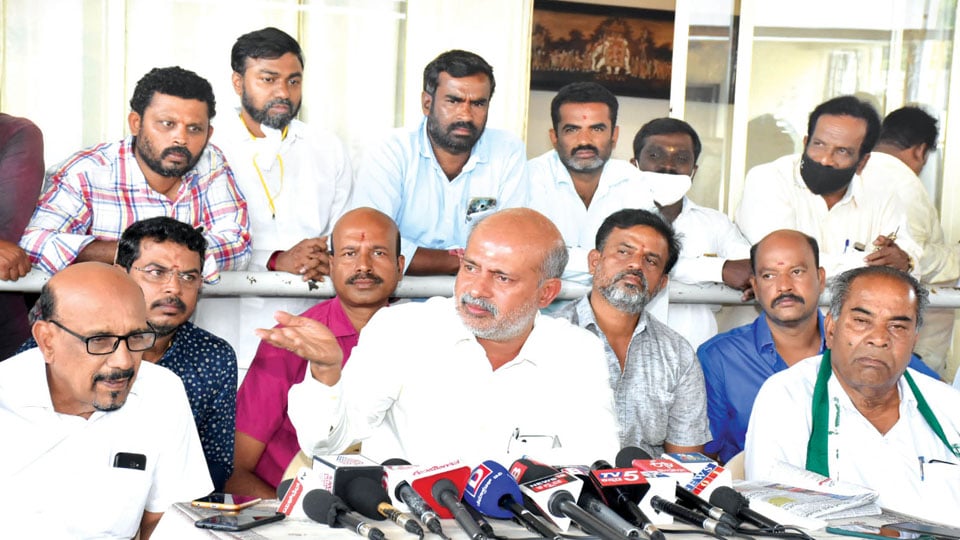 What is wrong in e-auction land purchase, asks MLA

Mysore/Mysuru: Responding to RTI activist Gangaraju’s allegations, K.R. Nagar MLA S.R. Mahesh said that the report on the land survey ordered by the Deputy Commissioner is yet to come.

“Meanwhile, MUDA e-auctioned the land adjacent to SaRa Convention Hall, which was purchased by my family members by making the highest bid. What is wrong with that,” he asked.

Replying to the charges that the land encroachment scam involving his family members has been hushed up, the MLA dismissed the charges as baseless. “My family members took part in the e-auction for purchase of land that is adjacent to SaRa Convention Hall and they managed to make the highest bid. There is nothing wrong or illegal in it,” he claimed. He also hit out at Gangaraju for making baseless allegations by attempting to club the SaRa Convention Hall land issue with that of the adjacent land which the MLA’s family members have purchased from MUDA via e-auction.