Home » Columns » Whatever you do, do it well… 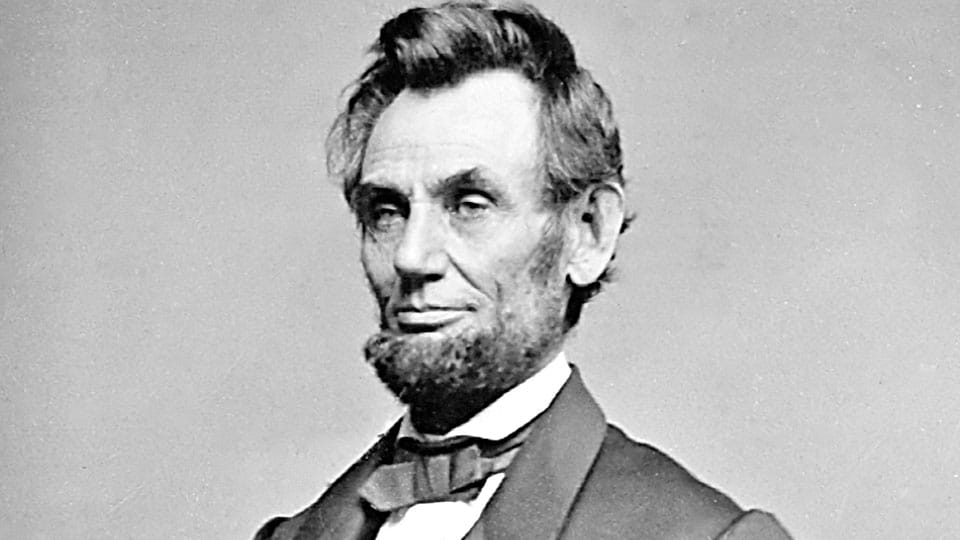 Whatever you do, do it well…

A WhatsApp forward: When Abraham Lincoln became the President of America, his father was a shoe-maker. On the first day, as Lincoln entered the  Senate to give his inaugural address, a Senator stood up. He was a very rich aristocrat. He said, “Mr. Lincoln, you should not forget that your  father  used  to make shoes for my family.” The whole Senate laughed; they thought that  they  had made a fool of the President and scored a point.

But certain people are made of totally different mettle. Lincoln looked at the man directly and said, “Sir, I know that fact. But my father was a creator. His shoes were not just shoes. He poured his heart and soul into them. They were works of art. Have you got any complaint on the quality of those shoes? I also know how to make shoes and if you have any complaints on the quality, I will replace them by making it myself and gifting it to you.”

The whole Senate was dumbstruck. Lincoln’s pride on his father’s  work was very obvious and he was proud  because his father did his job well, with passion and perfection.

After the devastation of the war, the Japanese as a race got down to making everything from pins to cars with dedication seldom seen. When my daughter was posted at Tokyo, she bought a Japanese SLR camera, an expensive piece at a local store for a price of approximately 2,500 dollars. She noticed after some time that the shutter did not work  properly. Anyway she went to the same store, asking them to get the shutter repaired. The moment she told the counter clerk about the repair, there was a huge commotion. The manager of the store came running and started to bow several times to my daughter apologising  for the fault. He did not even check the fault in the camera but just got a brand new piece from the shelf and handed it to my daughter! My daughter was embarrassed as the whole store personnel again started bowing to her. For Japanese, it was a matter of honour that an expensive Japanese-made product proved to be substandard. Not acceptable.

We Indians are born with a genetic problem of accepting anything substandard. The “chaltha hai” attitude is prevalent all over. Surprisingly, that is why, even in India, people who excel in work are in great demand! I am not talking of top product makers but small-time workers like carpenters, plumbers, masons, tailors etc., who are good in their jobs are always in demand. They are never short of work. Good chefs and  master-cooks are paid astronomical salaries.

The day ‘biriyanis’ are cooked at the Mysore Sports Club, it gets booked  fully and by 9 pm it is over ! Why do people throng eateries like “RRR”, the Andhra Cuisine Restaurant or “The Mysore Refreshments” opposite the Zoo? Simple. Quality food at affordable prices and consistently served. The owner of  “RRR” Ravi once told me that he cooked for lunch  and dinner separately and never compromised on quality at any cost. If a dish required onions, even if  the  cost of the onion  shot up to Rs. 100,  it would be procured and served.

Next time if you are in the Chamundi Hill Road, observe a small tea-seller, opposite the Jockey Quarters. He was a waiter in the Sports Club and left his job to start a tea shop. Would you believe, he sells more than  900  cups of tea in a day!  I have observed many a people come from far to have his simple chai.  “Quality.”

To Woodlands and Sagar Group goes the credit of popularising South Indian Cuisine in North India starting from Delhi. Sagar Group headed by one  Jayaram Banan from Karkala made eating the humble idli and dosa a fashion statement. The coconut chutney in his restaurant was ground every two hours to ensure the fresh taste. You go into his restaurant at 8 am or 8 pm, you would always get a piping hot idli and vada. Reminded me of 60s, a simple restaurant called Ratna Cafe at Triplicane, Chennai. His idli-sambar was legendary and he would approximately sell about 2,000 idlis every morning alone. I have not tasted a better sambar till date in any Indian restaurant.

To conclude, no work is small. People respect quality. So whatever you do, do it well…  with dedication. Put your heart and soul… success and fame automatically follows.