Home » Columns » When you assume, you are making an ass of you and me 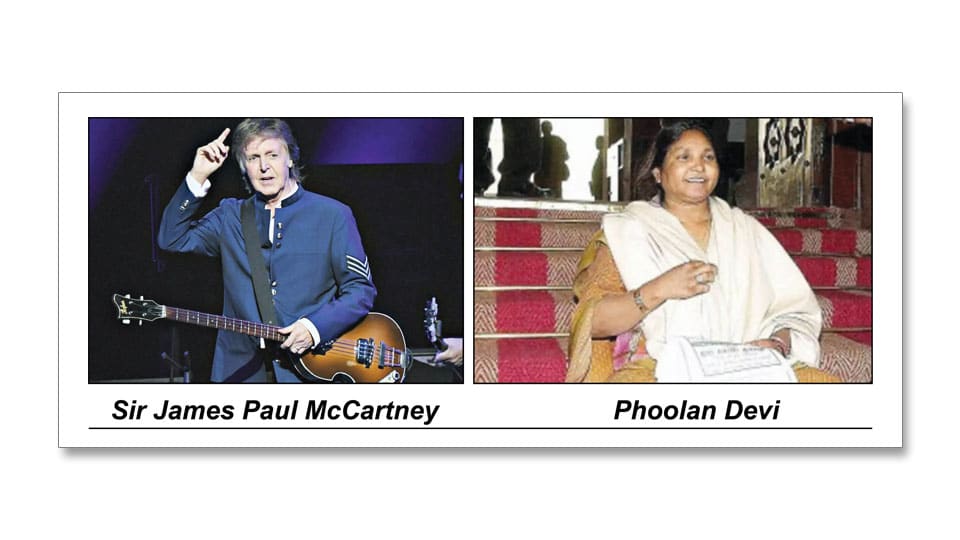 When you assume, you are making an ass of you and me

A simple story: One day, a bus driver went to the bus garage, started his bus and drove off along the route. No problems for the first few stops. A few people got on, a few got off and things went generally well.

At the next stop, however, a big hulk of a guy got on. Six feet height, built like a wrestler, arms hanging down the ground, he glared at the driver and said “Big John doesn’t need to pay” and sat down at the back.

Did I mention that the driver was five feet three, thin and basically meek? Well, he was!

Naturally, he did not argue with big John but he was not happy about it. The next day the same thing happened — Big John got on again, made a show of refusing to pay and sat down. And the next day, and the one after that and so forth.

This grated on the bus driver who started losing sleep over the way big John was taking advantage of him. Finally, he could stand it no longer. He signed up for body-building courses, karate, judo and all that good stuff.

At the end of summer, he had become quite strong and felt really good about himself. So on the next Monday, when big John got on the bus and said, “Big John does not pay” the driver stood up, glared at him and screamed “and, why not ?”

With a surprised look on his face, big John replied, “Big John has a bus pass.”

Quite often we over-evaluate a problem and start working on huge solutions spending time, money, efforts, energy and focus, whereas the problems are not that big at all in the first place.

A simple story but in reality this happens all through our lives. We have a problem with  our neighbour. Instead of talking it over, we amplify it, add mirch masala and after some time realise the whole thing was a dud. Not worth all the time and energy. The same thing holds good in our work place too. An interview is supposed to be for checking the attitude and skillset of an aspirant but many a times his looks, colour, clothes and knowledge of spoken English takes precedent. True?

READ ALSO  Everyone deserves a paper cup only !

Recently, a world famous violinist [do not recall his name] sat in front of a Metro Station in London and was playing top-notch music. If one were to go to attend his concert, the minimum ticket price was 100 pounds! His violin itself was insured for one million pounds!

Some people  who understood good music stood by, applauded him and threw some coins  to him but the majority passed by without even a glance. One should admire his humility. He collected all the coins which had been thrown and quietly                    left the place. The same thing happened to our own singer Sonu Nigam, who went to a chowk in disguise and sat down to sing a few songs with his harmonium. Nobody recognised him but thankfully he got many more applause and claps than the violinist !

When I was in Kovalam Ashok, the famous Beatles Boy Sir James Paul McCartney came for his third honeymoon! His trip was  planned in full secrecy and he did not want anyone including the tabloids to know about his whereabouts. He had kept a jet plane ready for departure at a moment’s notice if required. For about three days he wandered around the city. A few who saw him, stared, could not place him or recognise him. By chance one of the staff of the hotel leaked this secret out  and he checked out and vanished to an unknown destination before the full media crowd came calling.

A newly-married couple had lots of fights and ultimately landed in the office of a Marriage Counsellor. He asked the husband to think and tell exactly when the differences started. The husband said, “Sir, it started from the first day itself.” The Counsellor was surprised. “First day itself. What happened,”  he asked. The husband said, “On the first morning for breakfast, she served me the end portions of the bread which we in America normally discard or throw. I kept quiet but this is happening everyday and I cannot tolerate it. She deliberately did this to insult me.”

The wife, who was listening to this immediately responded, “Oh my God. I am from Italy and there the end portions of the bread is the most coveted piece and is given to the head of the family. All our guests are always served these end pieces.” The tiff which started from this small miscommunication, went on and on resulting in this visit to the Counsellor!

READ ALSO  Change for the sake of changing

During my tenure in Varanasi as a General Manager, it was common to see dons strutting around with semi-automatic guns. Once I was told by my receptionist that a don was sitting in the lobby waiting to meet me. Imagine my plight. Once I  even thought of calling over my friend, the ssp of the city. Anyway I did usher him to my office with a plastic smile, quivering inside. Anyway it turned out that he had come to book an outdoor party in his village. I can laugh over this incident now but believe  me, I was a nervous wreck then, before meeting him, imagining all kinds of things.

Lodhi Hotel, a 3-Star hotel  in Delhi, was used by Government to accommodate its new Members of Parliament for three months till they got their regular apartments. Once, a  lady, wearing an ordinary saree got down from the car and sat in the lobby with her legs up on the sofa. The hotel’s porter went up to her and started to admonish her asking  her to put her feet down from the sofa. Suddenly two of her bodyguards came and started to brandish guns. The lady took off and started to scold with the choicest abuses to our porter. Who could imagine that the  puny lady was Phoolan Devi, the dreaded dacoit and an MP too ! The porter realising his mistake quietly vanished from the spot. We had to profusely apologise to the lady, pacify her and take her to the allotted  room.

If you are father of a daughter,  think of the day when she is late, hundreds of bad thoughts  run through our minds. Human nature. In India, with its different cultures, languages and customs, lots of confusion and problems can occur. We always jump to conclusions and assume worst things. Some wise man has said, when you assume, you are making an ass of you and me. Do you agree?

ONE COMMENT ON THIS POST To “When you assume, you are making an ass of you and me”