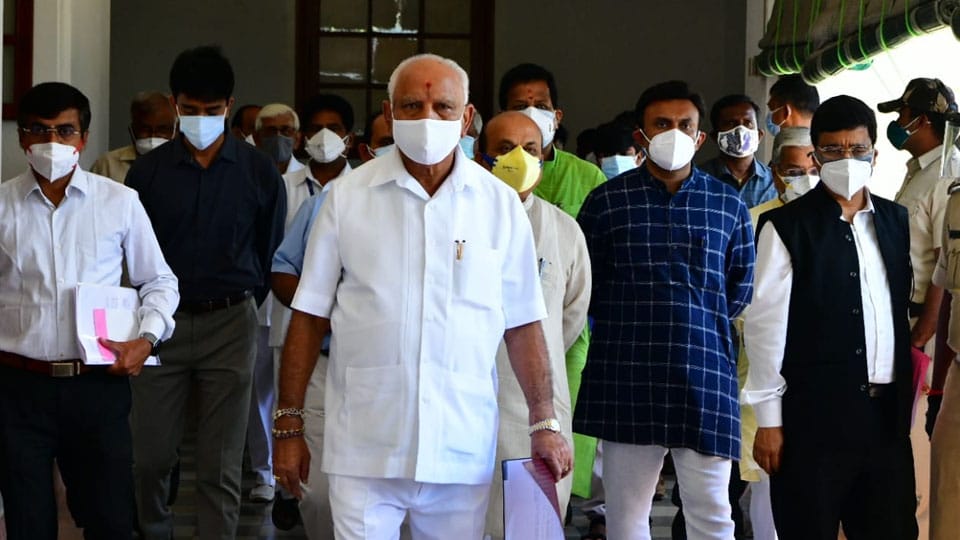 New Delhi: Several names are doing the rounds as a possible replacement for the 78-year old Lingayat strongman B.S. Yediyurappa.  By replacing Yediyurappa, the BJP wants to bring in a generational shift in the State’s leadership and also a smooth transition of power. However, finding a suitable replacement for the ‘undisputed mass leader’ of the party will not be easy.

The party has to strike a balance and has to see to it that the move does not antagonise its core vote base, the dominant Veerashaiva-Lingayat community, over which Yediyurappa wields considerable influence.

While Joshi and Santhosh are Brahmins, Ravi, who is MLA from Chikkamagaluru, is a Vokkaliga, another dominant community in the State. Another Brahmin name that is being talked about is Assembly speaker Vishweshwar Hegde Kageri. There has been no Brahmin Chief Minister in the State since 1988, after Ramakrishna Hegde.

Meanwhile, there are also talks that the current Deputy Chief Ministers Dr. C.N. Ashwathnarayan and Laxman Savadi may continue in the post and Home Minister Basavaraj Bommai may be elevated as the Deputy CM, replacing the incumbent Govind Karjol, who may be given a plum portfolio.

Prominent Lingayat Community leaders such as Murugesh Nirani, Arvind Bellad, Basanagouda Patil and four other leaders from the community may find a place in case  a new Cabinet comes into existence.

The BJP is also said to be planning to drop senior Ministers K.S. Eshwarappa and Jagadish Shettar and utilise their services for party organisation and senior Minister R. Ashok may get the Home portfolio, sources said.