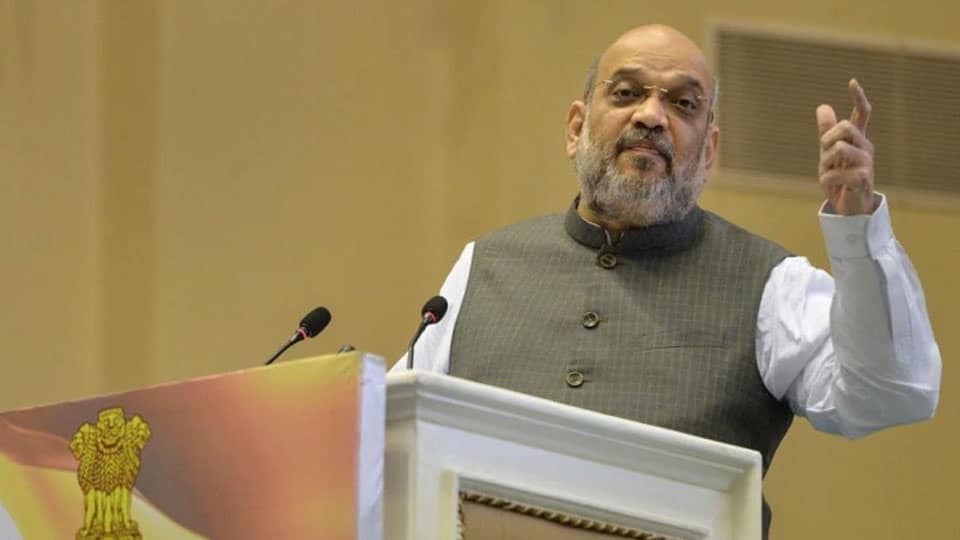 Anything touching mother and mother-tongue is not negotiable.  So strong is the sentiment that Amit Shah had to soften his stand.

I am convinced that Malayalam should be declared the national language of India.  Of the many reasons, consider just two.  It is a universal language spoken all over the globe and in outer space; who doesn’t know that when Neil Armstrong landed on the moon, he was welcomed by a Malayali chaiwallah.  Secondly, it is the only language in history that has the same spelling left to right and right to left.

Except for this double uniqueness of Malayalam, Salman Soz, the rising star of the Congress party, could have got away with his proposal that Kashmiri be adopted as India’s national language.  He said this would be a step towards massive job creation, a patriotic objective of the Prime Minister.  It would also be an international masterstroke for the BJP which loves international masterstrokes.

Alas, such sound advice fell on deaf ears.  In an international masterstroke of foolishness, the ruling party’s ruling chief called for the recognition of Hindi as the national language.  The supposedly shrewd Amit Shah should have known that such a thing was an impossibility in an India that has 22 official languages, 13 different scripts, 720 dialects and a Constitution that avoids any mention of a “national” language and refers, instead, to two “official” languages, Hindi and English.  His government has a knack of playing with the Constitution.  But Hindi is not Kashmir to play with.  Even a Constitutional diktat will not make Hindi acceptable as national language, because it will violate mathrubhasha sentiments.

Singapore is an example of how phrases mesh with prevailing conditions rather than their literal meanings.  “Mother-tongue” in Singapore means the language a citizen’s ethnic group speaks whether the citizen and his mother speak it or not.  “First language” is the term for English which is effectively the country’s national language.  In Canada, French and English enjoy equality at the federal level.  In tiny Switzerland, German, French and Italian are official languages with equal status.  Mature Democracies behave in mature ways, making everyone feel equal. Dictatorial Democracies behave in dictatorial ways, making some feel more equal than others.

When a man like Amit Shah suggests that Hindi must be made the country’s national language, there is a method in his madness.  He is dividing the people in order to strengthen his hold on power.  Divide and rule is a favourite policy with leaders from the time of the Roman Empire.  The BJP has been at it without any compunction.  Divide people any which way, using religion and language and everything else, so that people who support you can put down people who don’t.

In the process, religion itself turns into something diabolic.  Devdutt Pattanaik recently had an interesting take on this.  What was the Lakshman Rekha all about? Was it a device to keep Ravana out or was it meant to keep Sita trapped?  His conclusion was: As protection from evil, the Lakshman Rekha represented Hinduism; as a means to keep Sita enslaved, it represented Hindutva.  We can see that Amit Shah’s Lakshman Rekhas have nothing to do with Hinduism and everything to do with Hindutva.

The way out of this imbroglio is to recognise Malayalam as the national language.  No other linguistic culture promotes secularism as robustly as Malayalam does; see the equanimity with which beef is relished by all communities there.  Besides, Malayalam promotes a broadbased outlook, not a one-man focus like Howdy Modi.  It cherishes Kochi, not Houston.  And Malayalees are, as Justice Katju said, the real Indians.  It’s time Amit Shah learnt Malayalam and became a real Indian.

Point of View T.J.S. George
Sow the wind Reap the whirlwind
VPAC to host Pallavotsava in city from tomorrow

10 COMMENTS ON THIS POST To “Why Malayalam Outclasses Hindi”