Home » News » Why Mysuru missed out on ‘Smart City’ tag 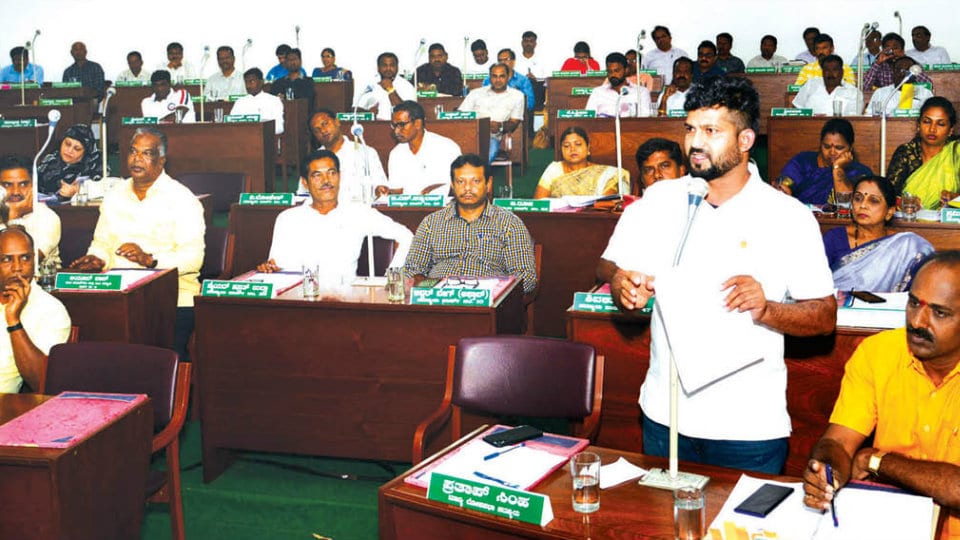 Why Mysuru missed out on ‘Smart City’ tag

Mysuru:  Mysuru-Kodagu MP Pratap Simha, who attended the Council Meet for the first time after being elected for the second term, thanked Corporators and officials for extending their co-operation and support for a successful Dasara.

He also expressed his disappointment over MCC officials for not replying to his letter requesting for re-examining of Rs. 68 crore allotments made under 14th Finance Commission. He also stated that Mysuru had lost on ‘Smart City’ tag as not even 80 percent of works were completed under JnNURM works.

The MP also recommended MCC Council to name the circle located at T.Narasipur Road and Lalitha Mahal junction after Dr. Bellipadi Satish Rai in recognition of his services to the fields of medicine and culture.

Meanwhile, former Mayor Arif Hussain and Corporator S.B.M. Manju requested the MP that the same circle should be named after late. R. Ananthu, who passed away while he was serving as the Corporator. However, the matter was not decided as it did not come up for discussion.