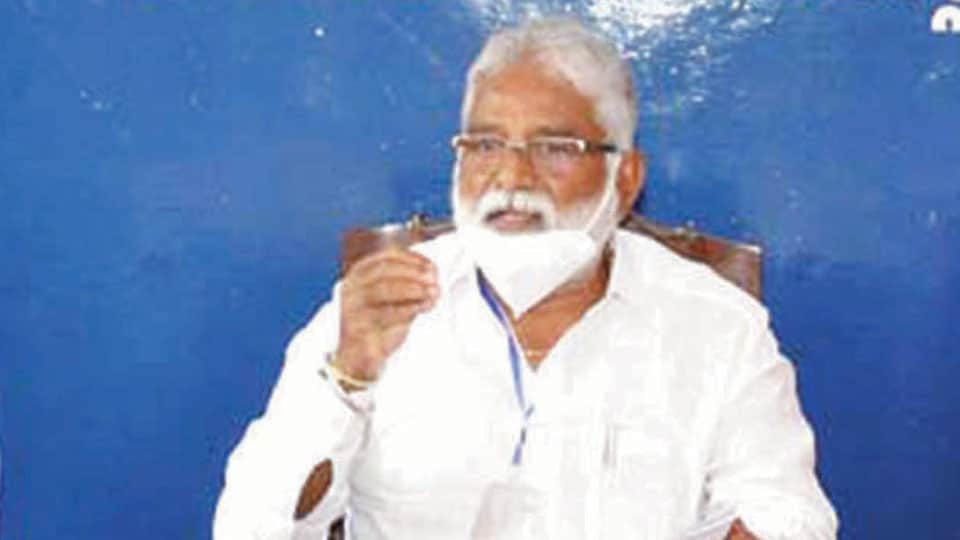 Kollegal: Asserting that he has not deserted BSP (Bahujan Samaj Party) on his own and it is the party which has expelled him, Kollegal MLA N. Mahesh said that he will soon decide on his future political course.

Addressing a press meet here recently, Mahesh, who was elected from Kollegal (SC Reserved) constituency on a BSP ticket in the 2018 Assembly polls, said that he remained neutral during the Trust Vote held in July last year when H.D. Kumaraswamy-led JD(S)-Congress Coalition Government sought vote of confidence in the Assembly, due to changed political                      circumstances.

Dismissing allegations that money factor played a big role in his (Mahesh) neutral stance during the Trust Vote, the Kollegal MLA said that he will start planning on his future political course right now.

Claiming that Kollegal constituency got Rs. 246 crore grants during the last two years, he said that he will meet the Chief Minister soon to seek Rs. 10 crore for the completion of KSRTC bus stand at Kollegal.

Stating that no one has the right to make character assassination statements against him, he regretted that he was receiving brickbats after BSP expelled him for anti-party activities.

Maintaining that he has been working round-the-clock for the development of Kollegal, he said that he will continue with his daily public contact meetings, during which the people can air their grievances.