Home » News » Will Ramanath Rai be the new Home Minister? 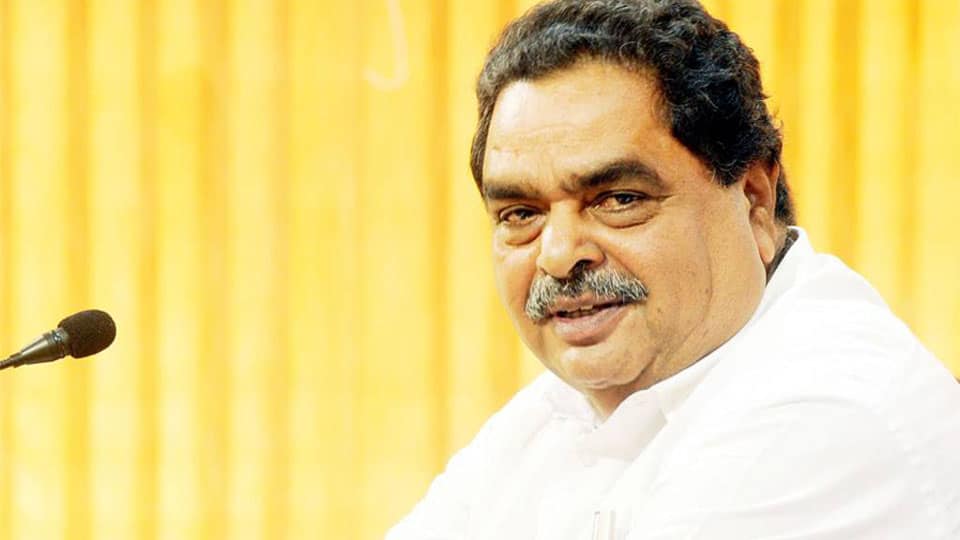 Will Ramanath Rai be the new Home Minister?

Bengaluru: Forest Minister and Mangaluru District in-Charge Minister B. Ramanath Rai (in pic) has reportedly been asked to take over Home Department. If reports are to be believed, Chief Minister Siddharamaiah has asked Rai to take over the Home Department. While the rumours are flying thick and fast, there is no official announcement yet in this regard.

Rai’s closed-door meeting with the CM late yesterday fuelled speculation that he may be named the next Home Minister. According to sources, an initially reluctant Rai agreed to take up the responsibility after being persuaded by the CM that he should do so as a senior member of the Cabinet. After Dr. G. Parameshwara was re-elected as the President of KPCC, the CM was handling the Home portfolio apart from other portfolios. However, after recent incidents of communal clash in coastal region, especially in Bantwal, the CM wanted to find the right candidate for the Department.