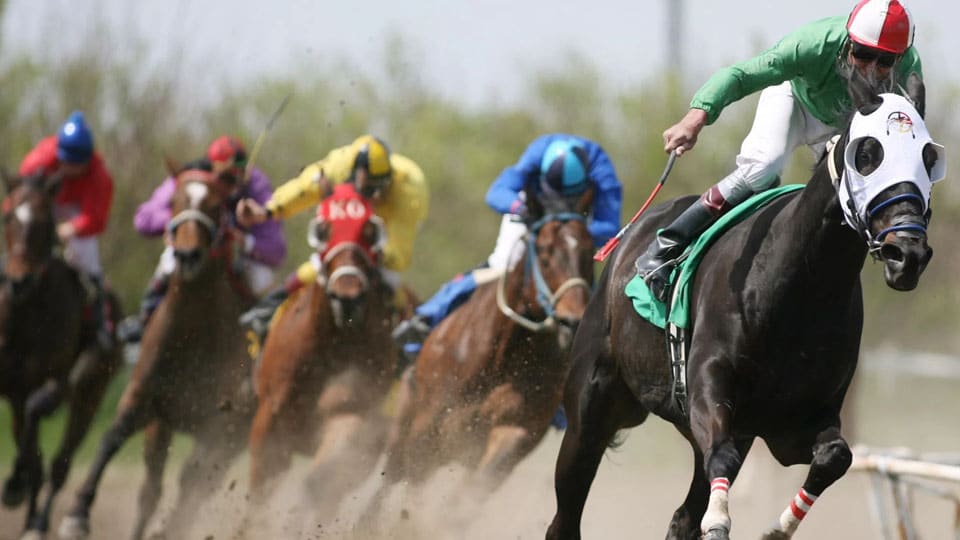 Explaining about horse and races, in this week’s Pet Talk, Maneka says: While horse racing can never be entirely safe for the animals, a zero-tolerance drug policy, turf (grass) tracks only, a ban on whipping, competitive racing only after their third birthdays, and other reforms would make a world of difference to the horses.

Why do people prefer putting old dogs or horses or cats to sleep rather than letting them live and die peacefully?

Because no one dies peacefully. Getting out of life is harder than entering it. Important questions to ask yourself are: Is my pet in any pain? Will I be able to bear watching my pet stop moving, and refusing food and water? Is my pet’s pain well under control? Have I exhausted all medical options? Am I keeping my pet alive because I need her? Once you have answered these questions, if you come to the conclusion that your pet should leave this life, then pet euthanasia is quick and for the most part painless. But you need to be with him/her till the end. Make sure that they know they are loved and it should be done with the minimum of stress.

Pain management is crucial if you want your pet to die naturally. The problem with pain though is that often cats and dogs tend to hide pain. In cats, pain is a sign of weakness which could make them vulnerable to prey. They, therefore, prefer to hide, rather than manifest it. Dogs are often stoic and will not necessarily manifest pain in obvious ways. Observing for the subtlest signs of pain is important if you chose natural death. Pets don’t have to vocalise to be in pain; they may show pain through acting lethargic, losing their appetite, exhibiting behavioural changes and hiding or moving around less. When in doubt, best to see a vet to make an assessment. Blood pressure measurements done by the vet may be helpful indicators, as blood pressure rises when a pet is in pain. Learning about the pet’s normal pulse and respiration rate may help recognise pain at home. Rapid breathing and a rapid pulse are all signs of pain. Anti-inflammatory drugs and analgesic drugs prescribed by a vet today can help make a pet more comfortable.

As the pet nears death, he may refuse food and water at some point. This may be difficult to accept, since as pet owners, we were always used to nourish and nurture. Yet, this is a normal stage of death. The body no longer needs fuel as it shuts down. Yet, hydrating the pet may help him be more comfortable.

Do dogs have a favourite family member?

Even though a dog may be close to, and protective of, everyone in his human family pack, often a special bond is established with just one member of the household. While this is typically the person who provides the most time, care and attention, it’s not always the case. The dog that bonds with one particular member of the household, is typically happier to see that person than anyone else, viewing the favoured individual as provider, leader, as well as companion. This usually means lowering himself in this person’s presence and showing body language; like a rear in the air, wiggling body and flattened ears. Sometimes one member of a household will feel slighted if the family dog doesn’t seem to care for him as much as for another household member. Often (but not always), a lack of bonding is due to lack of attention on the part of the human. If attention is paid to the pup, another cause may be behind the lack of bonding. For example, the person plays too rough, only provides attention when he wants it and ignores the pup when he seeks attention. You can certainly help strengthen your bond by taking a hands-on role in feeding, offering treats, giving physical attention and by simply being present. Never yell at, or physically discipline your dog, and be sure to always reward him and praise him when he gives you attention.

So many people enjoy betting for the horse races. Why should such an adrenaline rush giving sport be frowned on by animal welfare people?

Horses weigh more than 450 kgs, are supported by ankles the size of a human’s, and are whipped and forced to run around tracks that are often made of hard-packed dirt, at speeds of more than 50 kms per hour, while carrying people on their backs. Racehorses are the victims of a multibillion-dollar industry that is rife with drug abuse, injuries, and race fixing, and many horses’ careers end at the slaughterhouse.

Horses begin training, or are already racing, when their skeletal systems are still growing, and are unprepared to handle the pressures of competition racing on a hard track at high speeds. One study on injuries at racetracks concluded that one horse in every 22 races suffered an injury that prevented him or her from finishing a race, while another estimated that three thoroughbreds die every day because of catastrophic injuries during races.

Strained tendons or hairline fractures can be tough for veterinarians to diagnose, and the damage may go from minor to irreversible at the next race or workout. Horses do not handle surgery well, and many are euthanised or sold at auction to save the owners further veterinary fees and other expenses for horses who can’t race again. Many racehorse owners simply turn them out on the road to eat at garbage cans till they die. Others sell them as marriage horses who are so misused that they die of shattered eardrums, and over-walking, in one year. Many are sold to snake vaccine companies. Many end up in slaughterhouses where they are turned into dog food and glue. Their flesh is also exported to countries such as France and Japan, where it is considered a delicacy. Trainers and veterinarians keep racing the injured horses, when they should be recovering, by giving them a variety of legal drugs to mask pain and control inflammation. This leads to breakdowns because horses are able to run when, without the drugs, the pain would otherwise prevent them from trying.

Illegal drugs are also widely used. There are trainers pumping horses full of illegal drugs every day. With so much money on the line, people will do anything to make their horses run faster. One trainer was suspended for using a drug similar to Ecstasy in five horses, and another has been kicked off racetracks for using Clenbuterol and, in one case, for having the leg of a euthanised horse cut off “for research.” So many horses die every year from being injected with “performance-enhancing drugs” which burst their hearts.

You should not go to the races. While horse racing can never be entirely safe for the animals, a zero-tolerance drug policy, turf (grass) tracks only, a ban on whipping, competitive racing only after their third birthdays, and other reforms would make a world of difference to the horses.