Home » News » Will these damaged name boards in Siddarthanagar be replaced? 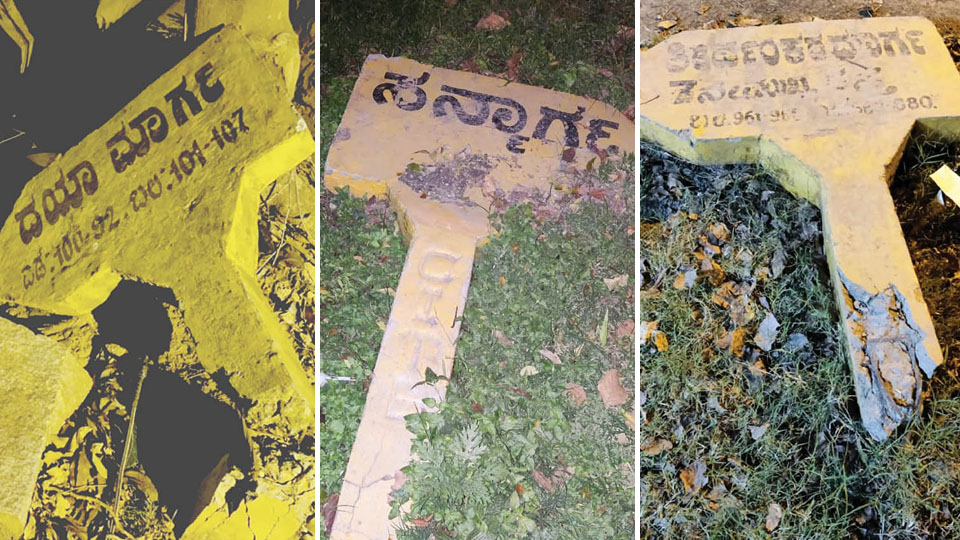 Will these damaged name boards in Siddarthanagar be replaced?

Mysore/Mysuru: Most of the name boards with messages of great people, that are named for roads in Siddarthanagar have been damaged and fallen down.

It was Mysuru Urban Development Authority (MUDA) that named the roads and installed the name boards after forming the area initially and later handed it over to the Mysuru City Corporation (MCC). Now, it is the responsibility of MCC to maintain it.

But the negligent attitude shown by the officials concerned of MCC has deterred them from repairing these road name boards — Buddha Marga, Daya Marga, Sanmarga, Theerthankara Marga etc. — since years which are now beyond repairs.

These boards depict the name of the roads and house numbers located on these roads making it difficult for the public to search the address.

Meanwhile, S.K. Jain, a resident of Siddarthanagar, said that the boards with names of great personalities and their messages are now lying on the roadsides with people walking over it which is disrespectful and hurts the sentiments of people. If MCC cannot replace the boards, they can at least move it or destroy it completely so that people walking on it will stop, he added.

The residents have urged the authorities concerned to take steps to replace these name boards at the earliest.