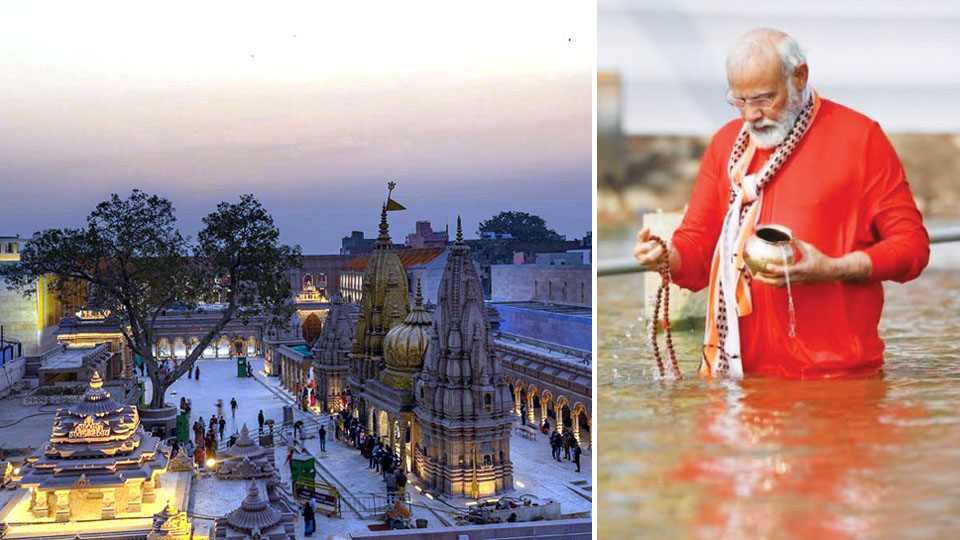 Varanasi: Prime Minister Narendra Modi today inaugurated the Kashi Vishwanath corridor during his two-day visit to Varanasi. Prior to that, he took a holy dip in river Ganga and offered prayers.

PM Modi was received by Uttar Pradesh Chief Minister Yogi Adityanath and had a rousing welcome from the people of his Lok Sabha Constituency.

The temple city’s Rs. 339 crore project, the foundation of which was laid by Modi on March 8, 2019, has been completed in less than three years as planned, despite the Covid pandemic.

The corridor project was conceptualised to create an easily accessible pathway for the pilgrims, who had to meander through congested streets to take a dip in the Ganga and offering the water of the holy river at the temple.

With the UP Assembly elections around the corner, different political parties have sought credit for the recent development projects in the State such as the Purvanchal Expressway, which was inaugurated last month. For the Kashi Vishwanath corridor as well, Samajwadi Party President Akhilesh Yadav on Sunday claimed the project was approved during his term and he has documents to prove it.