Home » News » With all eyes on COVID… Don’t neglect Malaria 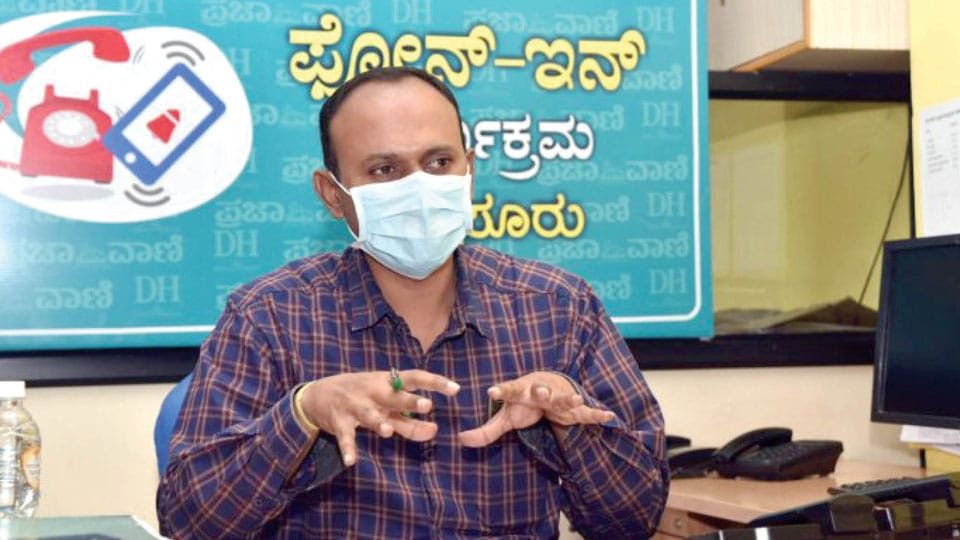 With all eyes on COVID… Don’t neglect Malaria

Mysore/Mysuru: Though not a single case of Malaria has been reported in Mysuru district since the last four years, citizens must take steps to avoid the stagnation of water due to the advent of monsoon, said District Vector-borne Diseases Control Officer Dr. S. Chidambara.

Addressing a press meet at Pathrakartara Bhavan in city yesterday, he said that people need not become complacent for zero cases in the last four years and they need to be vigilant about the epidemic.

The District Health Department was making efforts not to allow even a single case to be reported in the district. Their aim was to make Mysuru free from Malaria and the Department is working in this direction. People’s co-operation was required to achieve this task, he added.

Dr. Chidambara said that they need to ensure that this epidemic does not spread to Mysuru as the cases of Malaria are reported in the neighbouring districts. The survey work was going on and it continued even during COVID-19 times. “Apart from COVID, we are also focussed on Malaria and even the citizens must be vigilant,” he said.

The Department staff has created awareness about COVID-19 along with the Malaria epidemic. Strict measures will be taken to check the spreading of this disease. Malaria can be detected through blood testing and it is conducted free of cost in all Government Hospitals. Even treatment is absolutely free, he added. Taluk Health Officer Dr. Mahadevaprasad was present during the press meet.

In a water-borne infection, many people have reported nausea, vomiting and loose motion in Ward 51 of Agrahara and the water samples have been sent for laboratories to determine the presence of contamination and other factors.

Several residents of the Ward including from Deveerammanni Agrahara, Uttaradi Mutt Road, Ramanuja Road and Tyagaraja Road have reportedly fallen ill and have taken medication for vomiting and loose motion. Polluted water is said to be the reason for the illness and as such, water samples have been sent for tests.

Ward 51 Corporator B.V. Manjunath told Star of Mysore that several people have been affected since the last fortnight and many have been admitted to hospitals. Officers of the Mysuru City Corporation (MCC) have explained that rain could have caused the infection. “Water samples have been named as per the house and area of the infected and individual tests would be conducted,” he added.

MCC Health Officer Dr. D.G. Nagaraj said that following the outbreak of the illness, Vani Vilas Water Works has been purifying drinking water and also following complaints of contaminated water, samples have been collected from Siddarthanagar and other localities too and are being tested, he added.

3. Put screens on windows and doors.

5. Wear long pants and long sleeves to cover your skin.