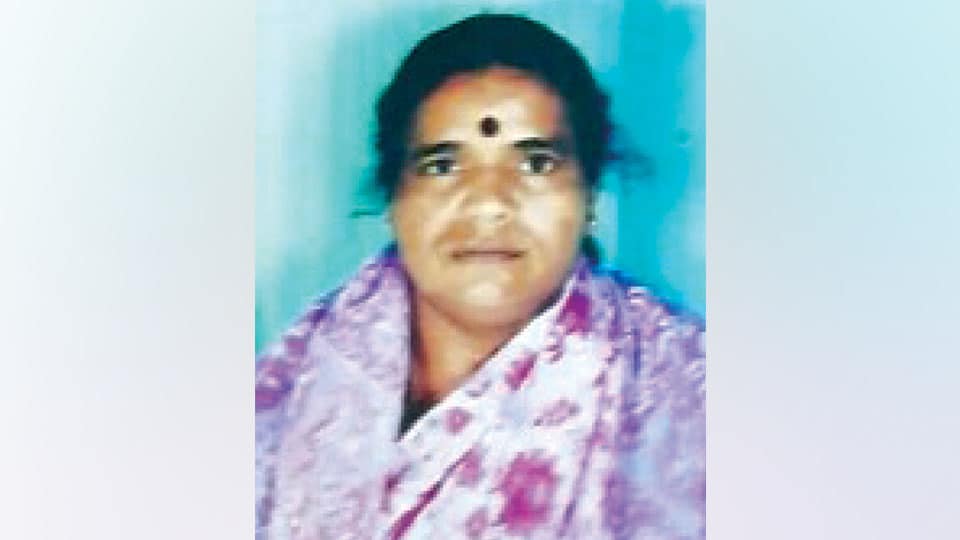 Mysore/Mysuru: A 56-year-old woman, who left her house on July 28 at about 6 am, saying that she was going to Devaraja Market to buy  flowers has since gone missing.

The missing woman is Jayamma, a resident of Ashraya Layout in Alanahalli.

According to the complaint lodged by Jayamma’s sister’s daughter Sowmya with Laskhar Police, she has stated that when she (Sowmya) enquired with auto drivers known to her, she came to know that Jayamma was dropped near Sub-Urban Bus Stand on July 29 at about 5.45 am.