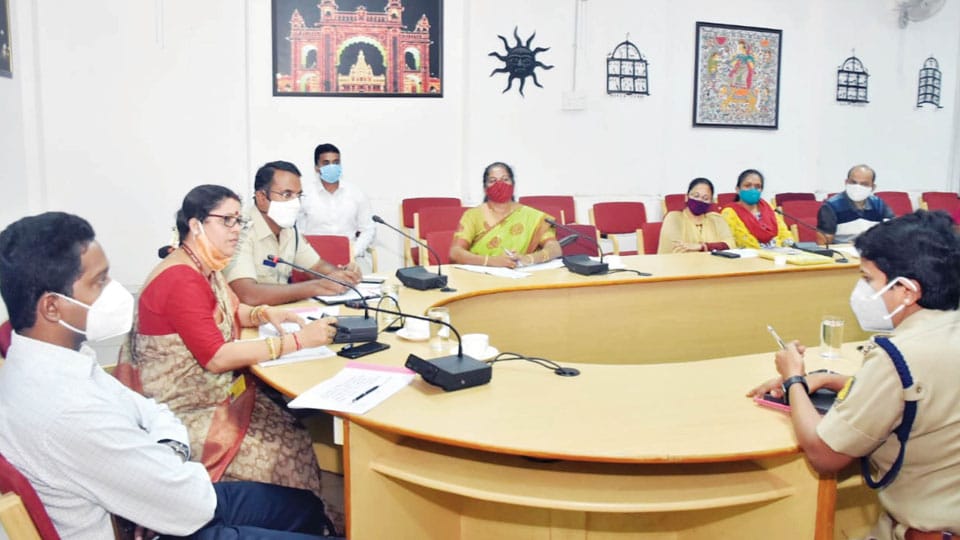 Mysore/Mysuru: The National Commission for Women awaits a reply from the Union Government regarding its proposal to increase the age of marriage of girls from the current 18 years to 21 years, said Shyamala S. Kunder, Member, National Commission for Women (NCW). Holding a review meeting at the Office of Deputy Commissioner here this morning, she said the increase in the age of marriage of girls will enable them to complete studies as well as to gain mental maturity. Once the Government of India gives its assent, the same rule should be implemented in letter and spirit, she said.

Expressing her concern over increase in child marriages, she wanted the Police, Child Development Project Officer and Gram Panchayat officers to keep a vigil in their respective jurisdictions and prevent the same. Impartial inquiry must be held and the guilty punished, she added.

Awareness must be created by putting a board near the educational institutions and other public places, NCW Member Shyamala noted and brought to the notice of the meeting the sale of drugs near Schools and Colleges. She wanted the Police to check this menace. To this, DCP (Crime & Traffic) M.S. Geetha Prasanna said the complaint boxes are kept in educational institutions to collect information about nefarious activities. Based on inputs from students, the Police were taking action.

NCW Member also stressed on imparting self-defense training for women and children and wanted Police Department to take necessary action in this regard.

When she spoke about the need for toilets in public places for women, Deputy Commissioner Dr. Bagadi Gautham said steps have been taken to provide it in crowded places. The District Administration was not giving permission for any housing project sans toilets. This has been mandatory even for the Government’s Ashraya Housing scheme, he said.

Asking the District Administration to provide facilities to ‘Sakhi’ centres in rural areas, she instructed officers to put up information on rights of women, Government facilities and helpline numbers. Free legal aid was given to women by the Government and that must be told to women and children in rural areas. The Mysuru’s ‘Sakhi’ Centre was working in a rented building due to non-completion of permanent building. This work must be completed on war-footing, she added. Shyamala said there were complaints regarding bad treatment of migrant workers by contractors and companies. Labour Department must be strictly instructed to attend on such complaints and ensure facilities for such labourers.