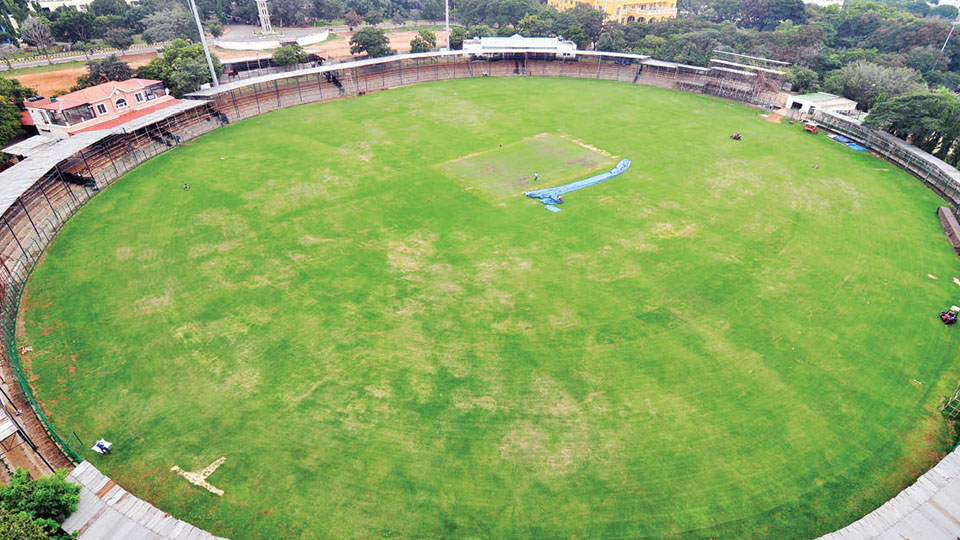 Mysuru: The Mysuru Urban Development Authority (MUDA) is all set to hand over 20-acre land to Karnataka State Cricket Association (KSCA) to construct a world-class Cricket Stadium with a spectator gallery and a seating capacity of 30,000 to 40,000.

Speaking to Star of Mysore this morning, MUDA Commissioner P.S. Kantharaju said that one-and-a-half years back, the KSCA had written to MUDA seeking 25 acres of land to build a world-class stadium on the lines of SDNR Wadiyar Cricket Stadium (Gangothri Glades) on Manasagangothri campus but will be bigger and will have international-standard facilities.

As per the proposal, the Stadium will have all the modern facilities including Club House and many recreational facilities for sportspersons and franchisees.

Following the KSCA proposal, the MUDA Board Meeting discussed the issue and KSCA’s proposal was found to be eligible for land allotment. Accordingly, 20-acre land was identified at Hanchya-Sathagalli and land was acquired, Kantharaju said.

After the MUDA Board Meeting, the proposal was sent to the State Government for approval. “The land is located near the Regional Centre of Visvesvaraya Technological University (VTU) on the Ring Road. Last week, we got a response from the State Government (Urban Development Ministry) that has asked MUDA to clarify with KSCA on four points. We will send a response to the Government after clarification,” he said.

The proposal will be submitted soon and the land will be handed over to KSCA once the Government approves it. “The KSCA Bengaluru is likely to follow up the issue with the Government and once we get the approval, the proposal will be placed before MUDA Board and later a lease-cum-sale agreement will be signed. The land will be handed over to KSCA on a 30-year lease and will be renewed after the lease expires,” Kantharaju said. Construction of the Stadium is expected to take three to five years from the date the KSCA takes possession of the allotted land. Once the Stadium is constructed, it will give a boost to development at Hanchya-Sathagalli and surrounding areas, he added.

Commenting on the issue, KSCA Convener Balachander said that so far, the KSCA has not received any official communication from the Government on the sanction of land. “The earlier Government, during a Cabinet meeting, had decided to sanction 20-acre land. Our Association members have already met Chief Minister H.D. Kumaraswamy and have urged him to sanction the land,” he said.

Once the land is handed over to us, a blueprint and a Detailed Project Report will be prepared to build the Stadium in stages. “The KSCA technical division will look into the construction aspect and along with the Stadium construction, basic facilities too have to be provided,” he added.