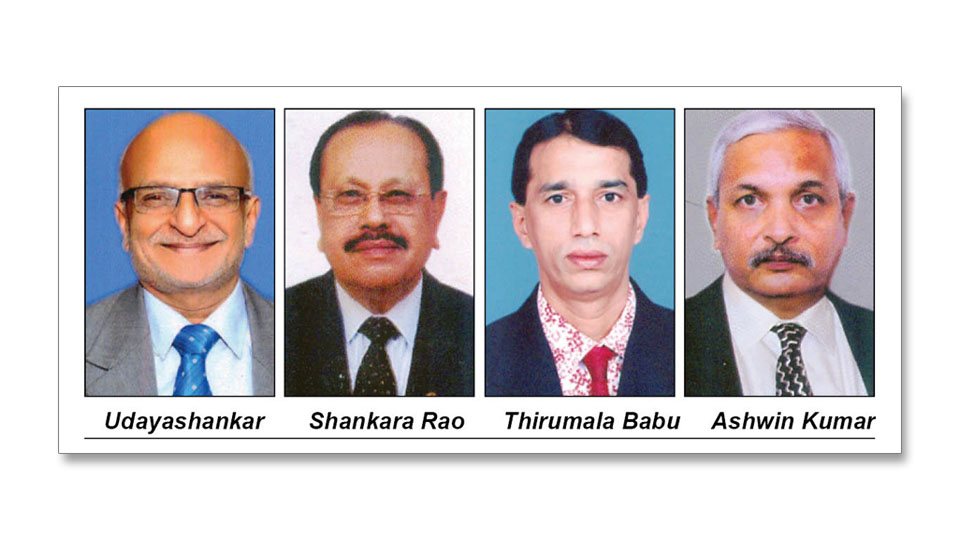 Mysuru: Y.P. Udayashankar was elected as the new President of the city’s prestigious Sri Kanteerava Narasimharaja Sports Club (Mysore Sports Club) in the election held yesterday. Udayashankar, who secured 268 votes, was declared elected in the Annual General Body Meeting of the Club.

The other office-bearers elected were S. Shankara Rao, who was elected as the Vice-President unopposed, M. Thirumala  Babu (165 votes) as Hon. Secretary and B. Ashwin Kumar as Hon. Treasurer.