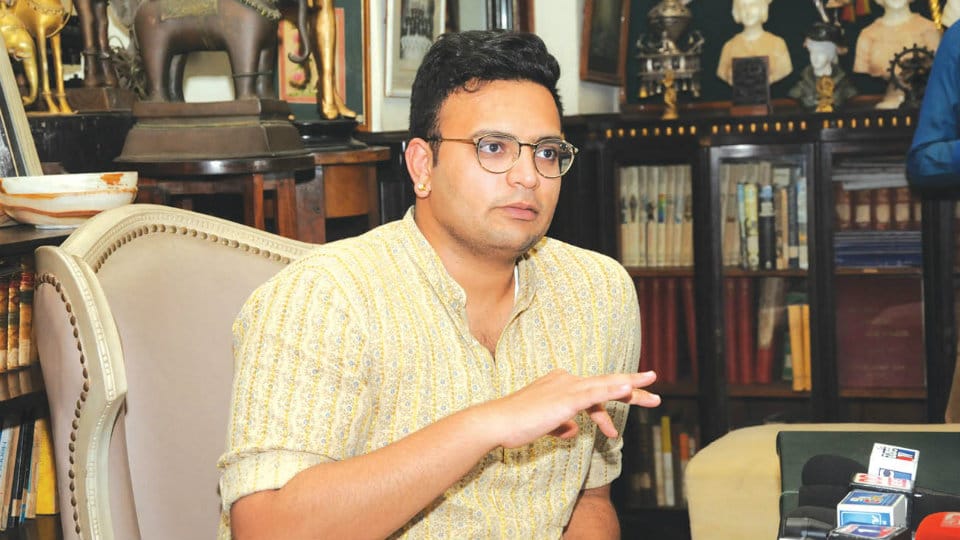 Yaduveer calls for timely re-start of crushing at MySugar factory

Mandya: Days after Pandavapura Sugar Factory was handed over on a 40-year lease to Bagalkot-based Nirani Sugars owned by Bilgi BJP MLA and former Minister Murugesh Nirani, speculations about the re-start of sugarcane crushing at the century-old MySugar Factory in Mandya has begun, with the titular head of the erstwhile Mysore Royal family Yaduveer Krishnadatta Chamaraja Wadiyar on Tuesday expressing that he is for timely crushing of sugarcane in the interest of the farmers.

In a post on his Facebook page, Yaduveer said that although the resistance to privatisation of MySugar Mill is understandable, given the heritage importance attached to it, the opposition to run the factory under Operations and Maintenance (O&M) mode is a cause for concern, as farmers need a timely start to sugarcane crushing.

Pointing out that timely crushing of sugarcane will enable farmers to sell their crop, he said that the inability of the Government to run the Mill coupled with the public sentiment against complete privatisation means that we have but one option, that is, to run the Mill under Operations and Maintenance (O&M) mode. This middle ground will ensure that public sentiment against privatisation is largely addressed. Also, the Mill can once again prosper and more importantly, the sugarcane growers of Mandya district don’t have to face a crisis anymore as in the past, the post read.

Many netizens have welcomed Yaduveer’s post saying that the post shows the concern of the Royal family to the plight of farmers. Most of the netizens opined that the ownership of the factory, along with all its assets, should stay with the Government and the Factory can be run by handing over only the Operations and Maintenance part to technical experts.

Maintaining that it was important for the Government to decide early on running the factory on its own or under a private arrangement, as timely crushing is vital for the survival of cane growers, he said that it is the responsibility of the authorities to ensure that there is no delay in it.