Home » News » Yellow alert in Ramanagara for Sept. 5: Traffic on Mysuru-Bengaluru Highway likely to be diverted 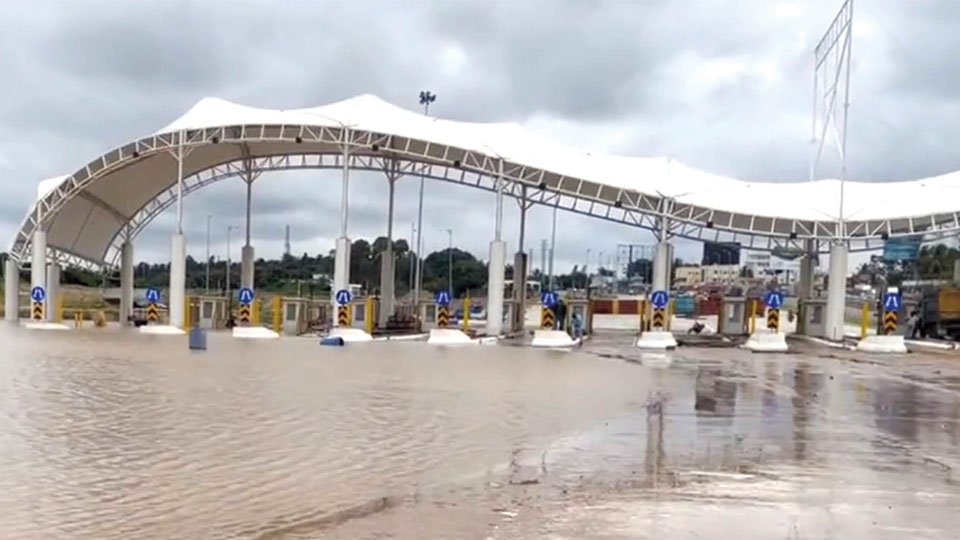 Yellow alert in Ramanagara for Sept. 5: Traffic on Mysuru-Bengaluru Highway likely to be diverted

Following the forecast, the Ramanagara District Police have geared up to divert traffic on the Mysuru-Bengaluru Highway in case it rains heavily and to avoid flooding of water on the Highway, drowning vehicles. The Police are taking this precaution as many vehicles were marooned under flood waters on the Highway following incessant rains in Ramanagara last week.

“As of now, there is no diversion of routes but if it rains heavily, we will have to take a call on diversion,” Ramanagara Superintendent of Police (SP) K. Santhosh Babu told reporters.

The Police are likely to divert the vehicles to Kaggalipura-Kariakapura route for Mysuru and Srirangapatna-Kunigal route for Bengaluru if the Highway is shut.

As per the forecast by IMD and KSNDMC, it will rain from 64.5 mm to 115.5 mm between Sept. 4 and Sept. 5 and 75 percent of Ramanagara including the isolated places will receive heavy to very heavy rainfall, accompanied by thunder and lightning.

As per the KSNDMC data, in the last week, it rained more than 278 percent in Ramanagara. Instead of a normal rainfall of 29 mm, it rained 109 mm.

Alleging corruption in the Mysuru-Bengaluru Expressway project, the JD(S) has demanded a CBI inquiry.

Magadi MLA A. Manjunath said that on Sept. 7, a team from the party, headed by former CM H.D. Kumaraswamy, will meet Union Transport and Highways Minister Nitin Gadkari to seek action as the Highway project is fraught with irregularities.

He alleged money to the tune of Rs. 800 crore was looted in the name of the project. The MLA suspected a big scam in the project and charged that Mysuru-Kodagu MP Pratap Simha is its root cause. “The road has been designed unscientifically. Crossings were not provided in the Expressway and there is no interjection on the entire 119 km stretch. Pratap Simha should answer all the questions. We suspect a bigger scam in this project. Pratap Simha is acting like a brand ambassador for the National Highways Authority of India (NHAI),” he said.

He also alleged that the NHAI had meted out injustice to farmers, who had parted with their land for the project, by not giving fair compensation.

Manjunath said that a flawed design and lapses on the part of NHAI officials resulted in chaos and caused inconvenience to the public.

‘Let there be a probe’

“I welcome a probe into the so-called irregularities on the Mysuru-Bengaluru Expressway project. Let Magadi MLA A. Manjunath head the investigation team and have former CM H.D. Kumaraswamy and former PWD Minister H.D. Revanna in the team. I will recommend Chief Minister Basavaraj Bommai and Union Transport and Highways Minister Nitin Gadkari to order the probe. A good Highway is being constructed between Bengaluru and Mysuru and it is Prime Minister Narendra Modi’s Highway. I am the brand ambassador for it.”   – Pratap Simha, Mysuru-Kodagu MP

ONE COMMENT ON THIS POST To “Yellow alert in Ramanagara for Sept. 5: Traffic on Mysuru-Bengaluru Highway likely to be diverted”