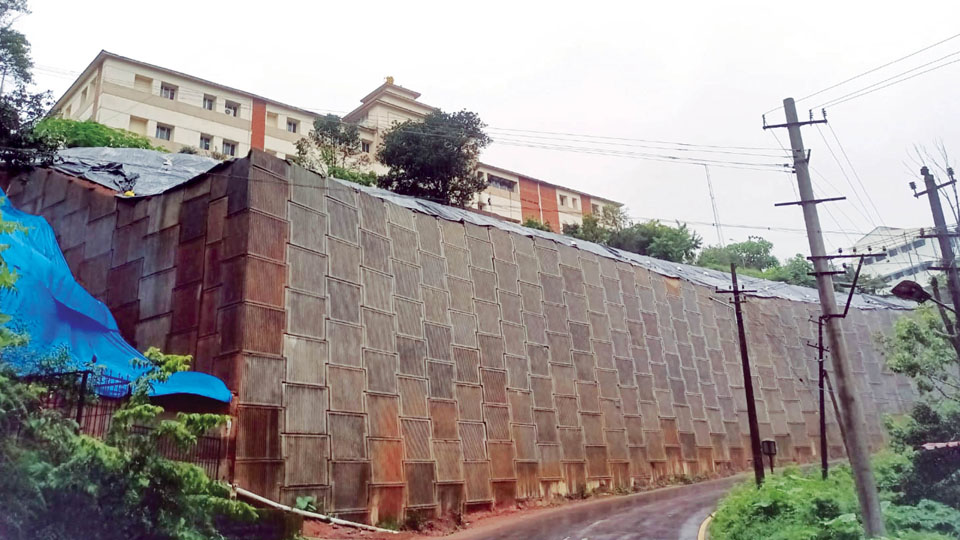 Madikeri: The Karnataka Lokayukta has issued notices to the officials of Madikeri Public Works Department’s (PWD) Sub-Division, instructing them to appear for an inquiry pertaining to the construction of the retaining wall of Kodagu DC Office.

Alleging substandard works and large scale corruption in the construction of the retaining wall for which Rs. 7.5 crore was spent, Rajiv Gandhi Panchayat Raj, Kodagu Unit District President Tenneera Myna had lodged a complaint with Lokayukta.

He has demanded a thorough probe into the retaining wall construction which was collapsing due to substandard construction and had also submitted relevant documents in this regard.

The Lokayukta, which has taken the issue seriously, registered a case and issued notices asking the officials to appear for an inquiry on Sept. 20.

ONE COMMENT ON THIS POST To “Substandard construction of Kodagu DC Office retaining wall: Lokayukta issues notice to PWD officials to appear for inquiry on Sept. 20”