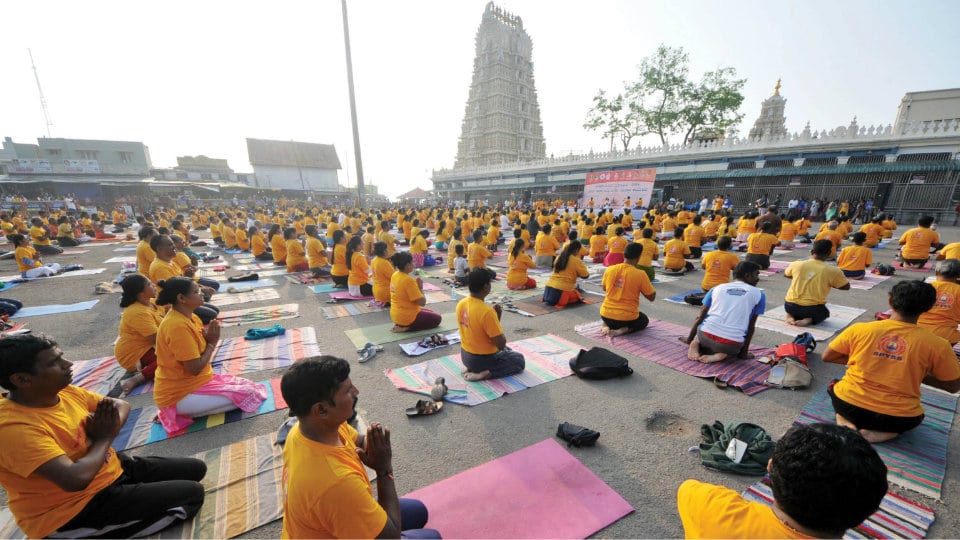 Mysuru: As many as 1,000 yoga enthusiasts of all age groups, including women and children, took part in the Yoga Trek to Chamundi Hill here this morning. Most of them climbed the hill swiftly, while few were seen resting midway and resuming the trek after few minutes.

The event was organised by Pathanjali Yoga Shikshana Samsthe as part of Dasara celebrations as the city is deemed as ‘Yoga Capital of the World.’ 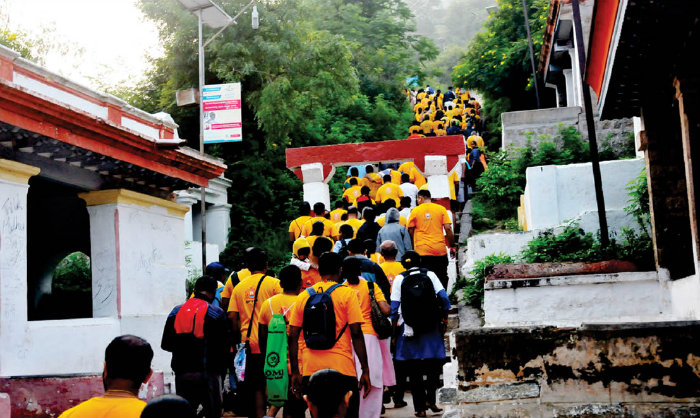 Tourism Minister S.R. Mahesh flagged off the trek at the foot of Chamundi Hill at 6 am. Later, the participants also performed ‘Surya Namaskar’, ‘Durga Namaskar’ and various yogasans atop the Hill.

Speaking on the occasion, S.R. Mahesh called upon the people to practise yoga and sports to keep mentally and physically fit. 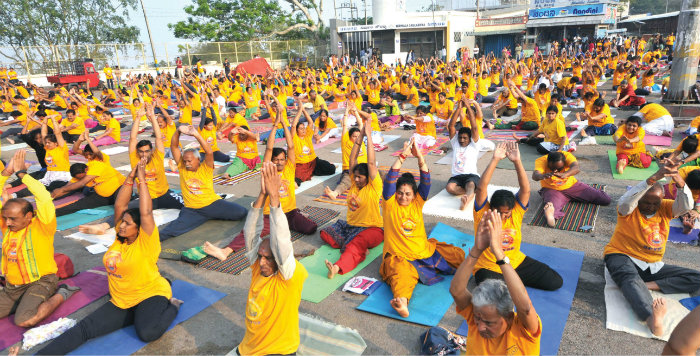 “Practise of yoga keeps people away from depression, stress and various kinds of health disorders,” he said adding that the city is drawing huge number of tourists from across the world as it emerged as health hub, adjudged as ‘Yoga Capital,’ apart from being known for its tourist spots.