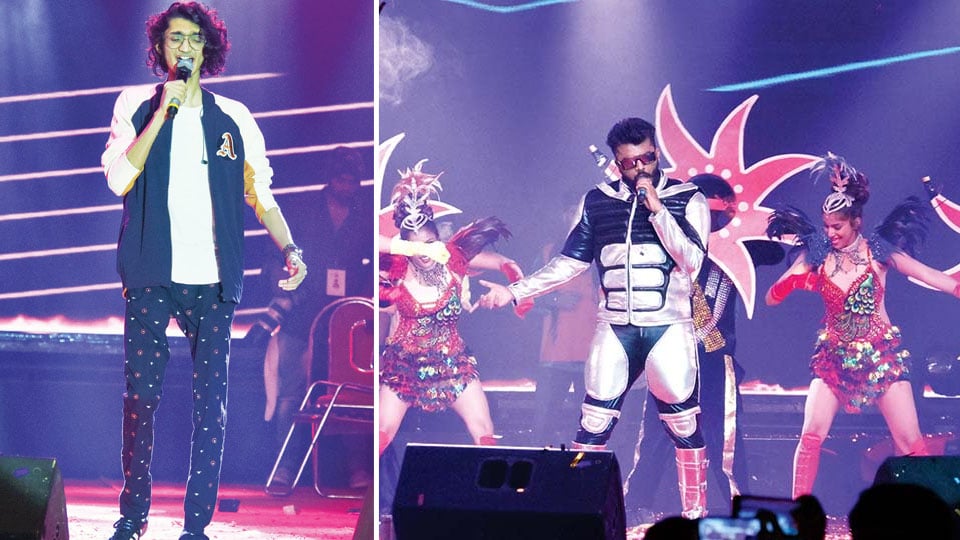 At first, Sanjith, who has made a remarkable name for himself in Kannada, Telugu and Tamil movie industries, kicked off his concert with a romantic song Hrudayake Hedarike from the movie Thayige Thakka Maga.’

Later, rapper Chandan Shetty, who started off with the song ‘Dum Powere’ from the movie Power, rendered some of popular Kannada raps including ‘Three Pegs’, ‘Pakka Chocolate Girl’ among others.

Students of Arunodaya  School for the Specially-abled performed to songs that promoted patriotism and also paid tributes to Soldiers who have attained martyrdom.