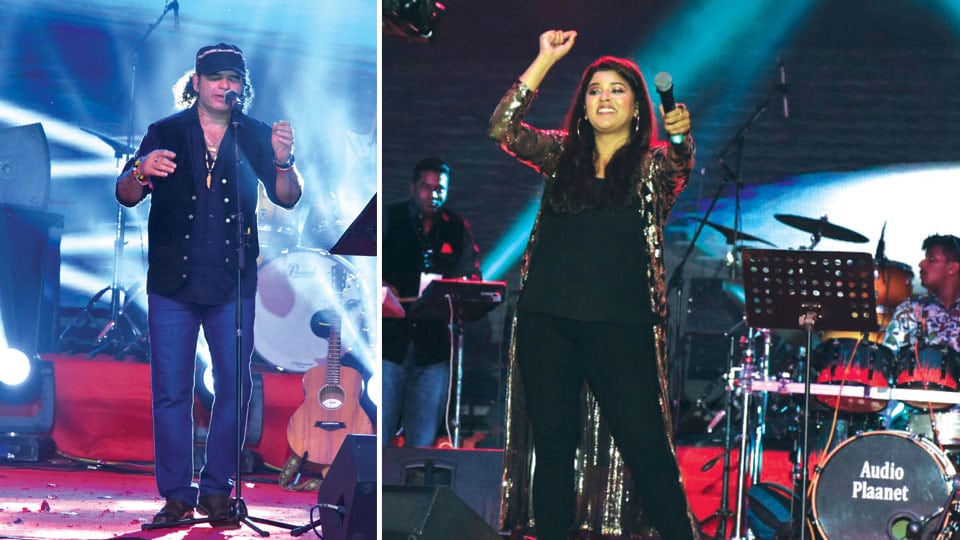 Mysuru:  The day-2 of the ongoing ‘Yuva Dasara’ witnessed Bollywood singer Mohit Chauhan rendering some of the famous songs much to the admiration of the audience. People were awestruck to see the singer performing at the Maharaja’s College Grounds for the first time.

His rendition of songs such as ‘Sadda Haq’ from Rockstar, ‘Madhura Pisu Mathige’ from the movie Birugali, ‘Dooba Dooba’ from his first album Boondein by Silk Route, Kishore Kumar songs  and other superhits mesmerised the audience.

Earlier, our city’s own playback singer Sangeetha Ravindranath set the stage on fire through rendition of Kannada songs that made the audience to dance at the place from where they were watching the event.

Before the singers took to stage, artistes of Anil Dance Academy and Star 3 MPL performed dance to various Kannada numbers.