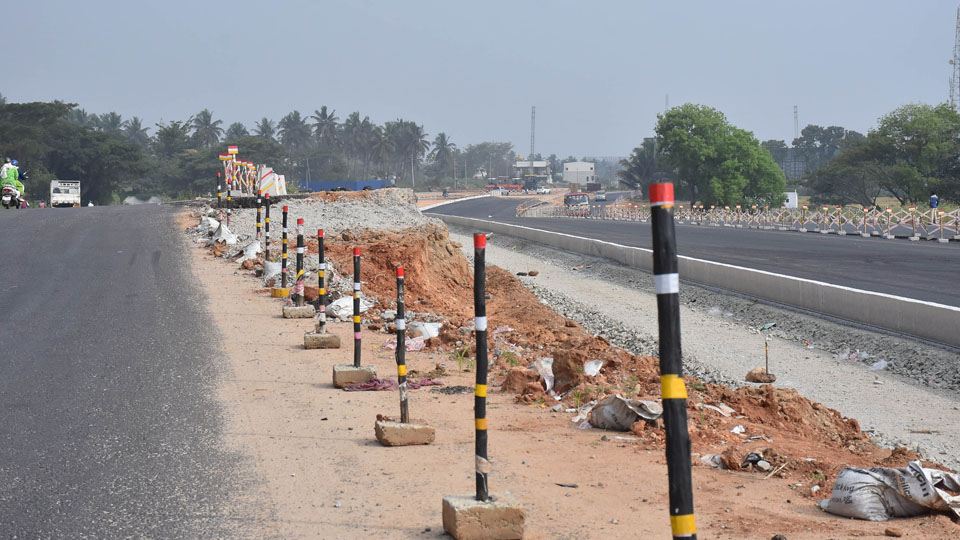 Zip to Bengaluru in just 90 minutes

Bengaluru: Over 45 percent of the project to upgrade the existing Mysuru-Bengaluru National Highway 275 to a 10-lane Economic Corridor has been completed and the road will be dedicated to the nation in September 2022. An estimated 38,000 vehicles ply between the two cities every day and traffic density has increased the duration of travel, necessitating the upgradation. Once the project is completed, it will take just 90 minutes to traverse between the two cities as against the present 3-hour journey.

While laying the foundation for 33 National Highway projects in Karnataka, including 1,197-km long roads worth Rs. 10,904 crore, via video conferencing yesterday, Union Minister for Road Transport and Highways Nitin Gadkari said that the project, taken up under Bharatmala Pariyojana Phase-I, would meet its deadline to realise the aspirations of people living in the region.

The Mysuru-Bengaluru Economic Corridor project is estimated at Rs. 7,400 crore and works are underway in two packages — Bengaluru to Nidaghatta in Maddur taluk at the cost of Rs. 3,000 crore and Nidaghatta to Mysuru at the cost of Rs.3,500 crore. Over 2,021 acres of land has been acquired for both the phases, he said, mentioning that of the 10 lanes, the Economic Corridor will be six lanes and there will be two top-class service roads on either side of the Corridor.

READ ALSO  Shilpa-Sindhuri squabble to be settled by Yediyurappa

For the convenience of the commuters, food parks will be established near Ramanagara on both sides of the 10-lane Highway and the food parks will also have places to relax and unwind. There will not be any inconvenience to the commuters, villagers on both sides and the people moving on the service roads. “The project is well planned and the scope of the work also includes construction of nine major bridges, 44 minor bridges and four road over bridges and road under bridges,” he added.

“The projects that have been inaugurated now will pave the way for the development of Karnataka and the roads will enhance better connectivity, convenience and economic growth in the State,” Gadkari said.

Gadkari called upon Karnataka to take up the production of Ethanol in a big way, as it is one of the largest producers of sugarcane in the country. He said, the country is already over-producing sugar and rice and sufficient stock is available with the Government.

The surplus may be converted to Ethanol, which can be used as an alternative fuel for vehicles. He said this will not only improve farmers’ income but will also be an indigenous source of fuel for the country.

Yediyurappa said the road projects will be a game changer in boosting the economy and improving connectivity in the country. He assured to take forward all the suggestions given by the Union Minister. He said his Government is committed to the development of the State and uplifting the lifestyle of its people. He said he is working in co-operation with the Centre to achieve his Government’s targets.