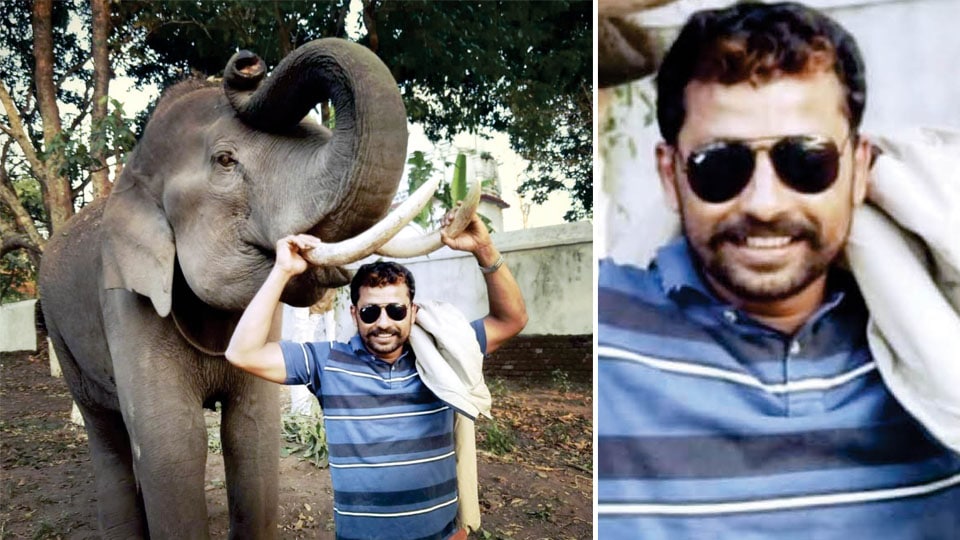 Mysore/Mysuru: A 38-year-old caretaker of an elephant was trampled and gored to death at Sri Chamarajendra Zoological Gardens popular as Mysuru Zoo last evening. The mahout has been taking care of the elephant since the last 15 years and was known to the animal since its younger days.

The mahout has been identified as Harish, son of late Siddegowda and a resident of Lalithadripura. He is survived by his mother Saraswathamma, wife and two children. Harish had gone on leave for five days and had reported back to work yesterday. He was a contract employee of the Zoo and used to take care of 16-year-old Abhi, alias Abhimanyu, the Zoo elephant.

Harish went near the elephant last evening at 4.40 and the elephant suddenly attacked him. Harish was lifted with its trunk and was flung onto the ground. Not stopping at this, the elephant gored the mahout with its tusks. He sustained pierced-wounds from the tusk on his chest and ribs.

Shocked by the sudden attack, the other mahouts who were working near the spot, rushed to Harish’s help. After a lot of persuasion, the elephant released Harish from its grip. He was rushed to a private hospital where he breathed his last at around 9 pm.

Harish’s father Siddegowda was working as a mahout at the Zoo and after his death 18 years back, the job was given to Harish on compassionate grounds. Elephant Abhimanyu was born to Ganesh and Padmavathi pair and Harish had taken over Abhi’s responsibility since its childhood.

According to other mahouts and Zoo officials, Abhimanyu and Harish had developed a close bond and the latter used to take care of every need of the pachyderm. Harish had earned the appreciation of the authorities by being an ideal mahout to Abhimanyu and he had maintained a cordial relationship with other mahouts.

In a communiqué, Zoo officials have stated that Harish had joined contract service at the Zoo in 2002 and has been working in the elephant section till his last day. It was a heart-rending scene to see his mother wailing at the loss of her son in front of the hospital where Harish was rushed to after the elephant attack. Harish has two children aged one and five and the family has lost its sole bread-winner.

Usually, a tamed elephant develops a close bond with its mahout and listens to every command. Harish and Abhimanyu too had developed a relationship since the last 15 years and was a known pair inside the Zoo for their camaraderie. For the other mahouts it took some time to digest the fact that Abhimanyu had indeed killed Harish.