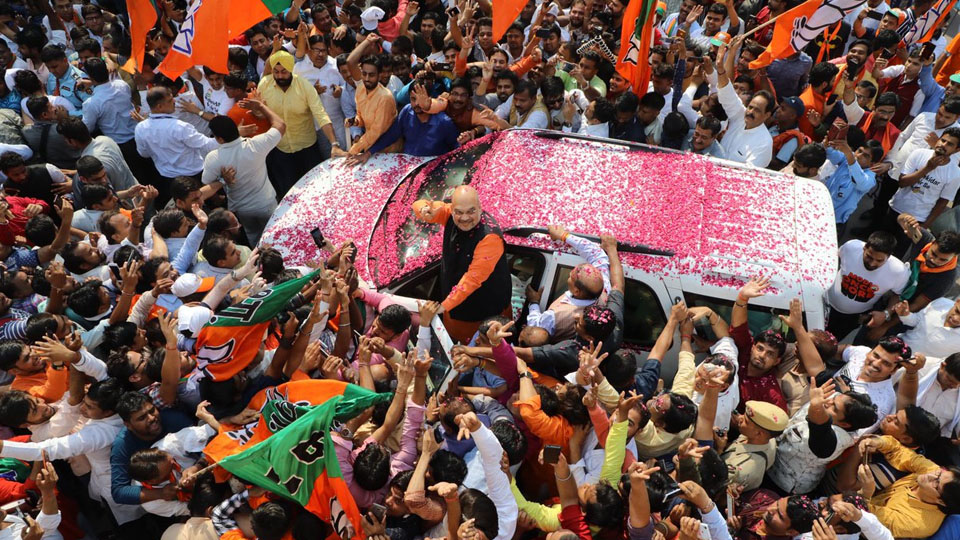 New Delhi: The Bharatiya Janata Party (BJP) has firmly established itself as the dominant pole of Indian politics in the 2019 general elections.

If the current trends hold, the 2019 verdict will have a close resemblance to the results of the 1977 and 1980 elections in terms of the dominance of one political party in India. Data scarped from the Election Commission of India (ECI) website shows that at 11.03 am, around 19% of the total votes had been counted in the country. The BJP is leading in 288 Parliamentary Constituencies (PCs) with a vote share of around 40%, nine percentage points more than what it had in 2014.

The 2019 verdict, or what it looks like as of now, also has some regional exceptions to the overall trend, like in 1977 and 1980. Even though the Janata Party swept the northern region of the country in 1977, the Congress performed really well in Andhra Pradesh (41 out of 42 PCs) and Karnataka (26 out of 28 PCs). Similarly in 1980, the Congress could win only 4 PCs in West Bengal despite winning the majority of seats in almost all major States. As of now, the BJP and its partners in the National Democratic Alliance are either leading or making major advances in all major States except Tamil Nadu and Andhra Pradesh, which are voting clearly for the Dravida Munnetra Kazhagam (DMK) led alliance and YSR Congress  Party respectively.

The Congress, despite adding around four percentage points to its 2019 vote share has not been able to make any significant gains in terms of seats. Also, the party has suffered major reverses in the Hindi heartland States of Rajasthan, Madhya Pradesh and Chhattisgarh where it defeated the BJP in the 2018  Assembly elections.

After the 2014 elections, when the BJP crossed the half way mark in the Lok Sabha with just 31% vote share, lack of Opposition unity was seen as a key factor behind the party’s victory. With the BJP all set to cross the 40% vote share mark, the Opposition will have to reinvent its chemistry with the electorate rather than just arithmetic.