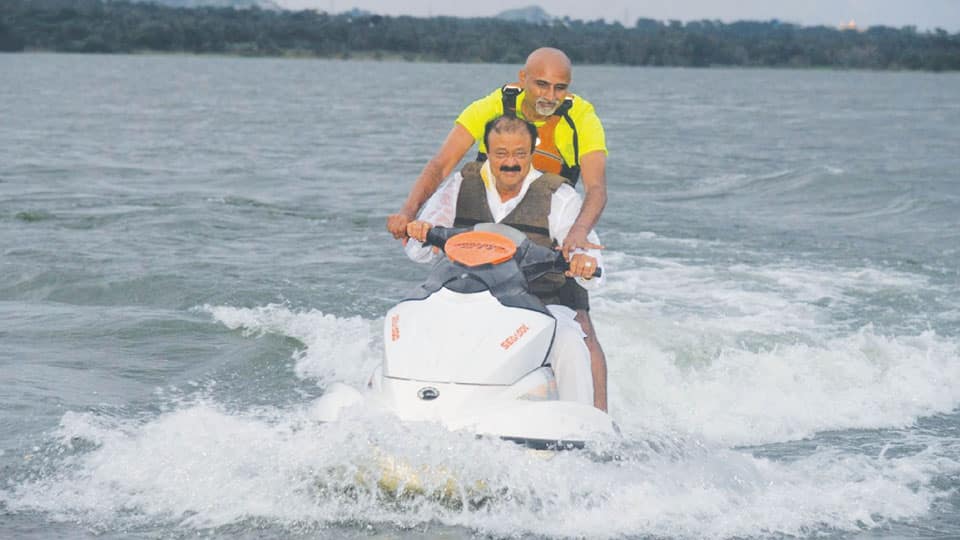 Srirangapatna: The Second Edition of the Yachting Association of India (YAI) Youth Multi-Class National Ranking Sailing and Kiteboard Championships, will be held at the Krishna Raja Sagar (KRS) Dam in Mandya from Aug. 7 to 13.

The event will be organised by the Trishna Yacht Club of the Army’s Madras Engineer Group (MEG), in collaboration with the General Thimayya National Academy of Adventure (GETHNAA) under the auspices of YAI and the Yachting Association of Karnataka (YAK).

This was disclosed at a press conference at Srirangapatna last evening by the Minister of Youth Empowerment and Sports. K.C. Narayanagowda. He was accompanied by Mandya District Minister K. Gopalaiah and Pandavapura MLA C.S. Puttaraju.

This year, the organisers have added the most thrilling and adventurous Kiteboarding to be a part of this coveted Championship whose prize distribution will be done by the family of late actor Puneeth Rajkumar.

The YAI Youth Multi-Class (National Ranking) Sailing and Kiteboard Championships 2022 is one of the most prestigious annual sailing competitions, lasting seven days of intense competition.

The first day, Aug. 7 will be meant for registrations, team arrivals and boat measurements. The opening ceremony will be on Aug. 8 at 5 pm. Intense races will be held from Aug. 9 till Aug. 12 and the closing ceremony and prize distribution will be held on Aug. 13. The event provides an excellent opportunity for young sailors to compete against the best in the country, qualify for future international competitions, and wear the Tricolour while representing their country.

It is open to sailors, boys and girls, aged 13 to 19, and features five different sailing classes — Laser 4 7, Laser Radial, 420, RS One, 29er — and Kiteboard. The goal of the Championships is to find the best young sailors in each class, as well as the top sailors in each age group.

Over 200 young sailors from over 30 Clubs across India will compete for top honours at this event. Previous winners went on to become Olympians, Asian Medallists, and World Champions. This event is also an excellent opportunity for spectators to witness the next generation of sailing stars in action.

After speaking to reporters, the Ministers and MLA Puttaraju were taken on a motorboat ride in the KRS Dam waters with their lifejackets bound firmly. Minister Narayanagowda enjoyed a water bike ride.

A three-day Kumbha Mela will be held at Triveni Sangam at Ambigarahalli-Sangapura in Akki Hebbal hobli in K.R. Pet taluk on October 15, 16 and 17 this year.

Mandya District Minister K. Gopalaiah held a meeting with officials at the Deputy Commissioner’s (DC) office in Mandya yesterday and gave instructions for making preparations for the mega event.