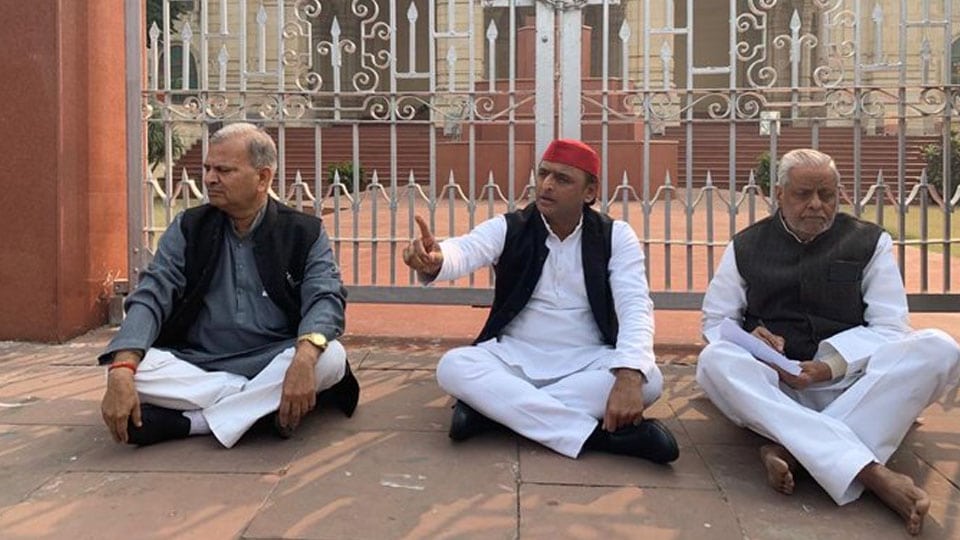 A day after being set ablaze: Unnao rape victim dies

Former UP CM Akhilesh Yadav sits on dharna, calls it a “Black Day”

She died on a day four accused in the gang-rape and murder case of a veterinary doctor in Hyderabad were killed in an ‘encounter’ with the Telangana Police triggering a tsunami of reactions across the nation — ranging from appreciation to condemnation.

Suffering from 90 percent burns, the Unnao victim had been kept on ventilator at the hospital and was extremely critical. “She suffered cardiac arrest at 11.10 pm yesterday and we tried to resuscitate her, but she could not survive and at 11.40 pm she died,” Dr. Shalabh Kumar, HoD (Burns and Plastic) at Safdarjung Hospital said.

The young rape survivor had been attacked on Thursday morning by Shivam Trivedi and Shubham, who were accused of raping her in December last. As she was on her way to nearby town Raebareli in UP to testify against the criminals in a local court, she was waylaid, attacked, stabbed and then finally doused with kerosene and set ablaze in broad daylight by the duo.

She was brought to Lucknow’s Civil Hospital around 10.30 am and was airlifted to Delhi in the evening for advanced treatment.

Meanwhile, the young woman’s father said, “We want the accused to be hanged at the earliest, don’t want the case to drag on and on. Police did not help us at all, if they had then my daughter would be alive today.”

READ ALSO  “BJP’s win in UP polls is a political confluence of capitalism, communalism and casteism”

UP Chief Minister Yogi Adityanath in a statement expressed his grief and promised that a fast track court will hear the Unnao rape case.

Sitting on a dharna outside      the UP Assembly in protest against Unnao rape case, Akhilesh Yadav called it a “black day” and slammed the Yogi Adityanath Government over deteriorating law and order situation in the State.

The Unnao rape survivor, who was burnt alive by five men on Thursday, had told her family that she doesn’t want to die and wants to see the accused hanged to death. The five men also included the two who were accused of raping her woman in December. “Usne kaha ki bhahiya mujhe bacha lo, mujhe marna nahi hai. Jinhonne mere sath ye kiya hai, unhe mai maut ki saza paatey dekhna chahti hu [she told me that brother, please save me, I don’t want to die. Those who have done this to me, I want to see them getting a death sentence]” the brother of rape survivor told the media.

2 COMMENTS ON THIS POST To “A day after being set ablaze: Unnao rape victim dies”