Home » Columns » A doctor’s prescription for the ‘bed-ridden’ Yeshasvini Scheme! 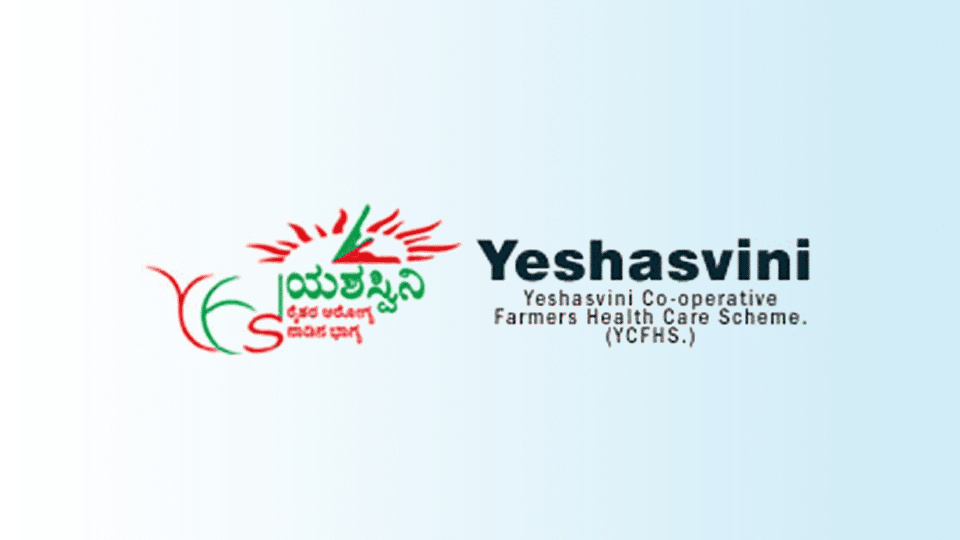 A doctor’s prescription for the ‘bed-ridden’ Yeshasvini Scheme!

In my last article about the pitfalls of the Yeshasvini medical insurance scheme that has been relaunched by the State Government, I highlighted why it is bound to only become a dismal failure like many other such Government endeavours.

The main reason why it is destined to be unviable is the abysmally low tariff at which private hospitals, across the State, are expected to provide service to its beneficiaries. No hospital worth its salt can provide safe and quality care at the ludicrous rates prescribed by it, which I have already highlighted.

Added to this are many other factors, like the inordinately delayed payments which are the well-known bane of all Government transactions. All Governments, without any exceptions, are very quick in collecting what is due to them while being very tardy in handing out what they owe!

So, although the Government is painting an altogether fake optimistic picture, as things stand now, this scheme has almost no takers among the private health care providers, who are expected to provide more than eighty percent of the care under it, if it has to succeed in helping the public.

What statistics the Government is projecting now regarding the number of private hospitals that have already empanelled themselves under this scheme are completely false and fabricated. This has been done just to attract more hospitals to join the scheme and to give an impression to the masses that it will soon be doing something great to uplift their state of health, almost free of cost. There’s nothing surprising in this as this kind of propaganda is a part of the strategy that goes into winning elections, with no political party being free from it.

With this being the sorry state of affairs, the future will only see patients holding their near useless Yeshasvini cards and running desperately from one hospital to another, seeking their acceptance and free treatment through them, in vain.

With facts being what they are, the Yeshasvini scheme is now exactly like a bicycle without its front wheel. While a one wheeled cycle can be ridden very briefly, by a grinning circus clown to impress the gallery, it can never be used as a viable mode of public transport!

But if we put these two wheels together and keep the machine well oiled, the Yeshasvini scheme, like any other contraption, can become a very road-worthy and durable machine, that can be ridden over every kind of terrain, just because of its sheer simplicity and ruggedness.

READ ALSO  A folly or a veiled Ransom Note?

So, let us examine what needs to be done if more private hospitals have to join this scheme and make it effective. Firstly, the rates payable to them for the various services provided and procedures done under this scheme need to be upgraded from ridiculous to reasonable. The Government should form a high-power committee, comprising not only of its best officers but enough representatives of private hospitals and all their federations, that can sit across the table and decide upon the rates.

The Government may say that it has already done this. But it is not really true. The couple of doctors which are now a part of this august body can never be called real representatives of the private health care providers. They are doctors only by their qualifications, that have long stopped doing them any good in keeping them abreast of the ground realities of running successful hospitals.

While our civil service bureaucrats may be considered very good by the Government and I do not dispute this fact, I emphasise that they alone are not enough to understand the technical intricacies involved in private healthcare management. So, what is so special about this sphere of activity, and how is it different from running any other hospitality enterprise, you may ask?

To understand this, you have to sit in the hot-seat, as an owner or partner of a private hospital and handle the complex array of ropes that control it. Here, it is not just about providing hospitality to hale and health individuals, as in a hotel or restaurant, but it is all about looking after every kind of need of the very sick, ailing and often completely helpless individuals, with extremely anxious relatives, whose expectations can naturally be very high.

Unlike other businesses that work during limited hours of the day or night, every hospital, big or small, has to run on full steam, round the clock, every day of the year. There are just no holidays for any class of workers here. It is a very well-known fact that on an average, for every in-patient bed, a hospital needs to have four staff members. This requirement alone doubles the manpower required to run the show, steeply escalating the costs. And, when you take into account the fact that one third of this work force comprises very highly qualified and experienced doctors, it only means that they should be paid their fees, commensurate with their roles.

READ ALSO  How about waging a War on War itself?

Now, if a private hospital is required under the Yeshasvini scheme to perform an operation as major as a Caesarian section or an appendectomy or the removal of a diseased gall bladder, for an all-inclusive, paltry sum of about ten thousand rupees, how does it become possible? These rates which were silly enough then and which certainly look sillier still now, were fixed somewhere in the year 2004 when the original, but now completely dead Yeshasvini scheme was first launched. Where is 2004 and where is 2023?

The Yeshasvini rates have never been revised over the past nineteen years although the costs of every other thing have escalated manifolds, many times. Let alone other commodities, let the Government look back at the march of the prices of electricity, petrol, diesel and the common man’s cooking gas, all four of which are completely under its exclusive control and see how they compare with its fixation of costs under its own Yeshasvini scheme.

Let it also examine the escalation in the salaries over nineteen years, for private sector employees, fixed under its own Minimum Wages Act. Can it call this a fair deal? I think not and I’m sure you’ll agree with me too.

Private hospitals get no special concessions when it comes to the rates of procuring land from the Government or in the various taxes they pay and the commercial rates they pay for gas, water and electricity. They get no concessions in the interest rates they pay on their loans and get no subsidies whatsoever. In addition to increasing the Yeshasvini rates after consultation with private players, to attract them to participate in the scheme, let the Government also announce some attractive concessions in the rates of the aforementioned levies at least to all the participating hospitals.

And, let it also put in place a system by which the Yeshasvini service rates get automatically escalated at pre-agreed stipulated time intervals, in accordance with the rate of inflation and also ensure that it pays appropriate interest on all payments delayed beyond a stipulated period. Only after ensuring this, can the Government look forward to private hospitals extending their co-operation in its welfare schemes.

The Yeshasvini scheme in its present form, is only like a heavily decorated cake with no sugar, no nuts and no raisins inside. Let the Government put a little bit of these into its spartan package first, before inviting private hospitals to accept it. After all, it is rightly said that the proof of the pudding is in the eating !

3 COMMENTS ON THIS POST To “A doctor’s prescription for the ‘bed-ridden’ Yeshasvini Scheme!”