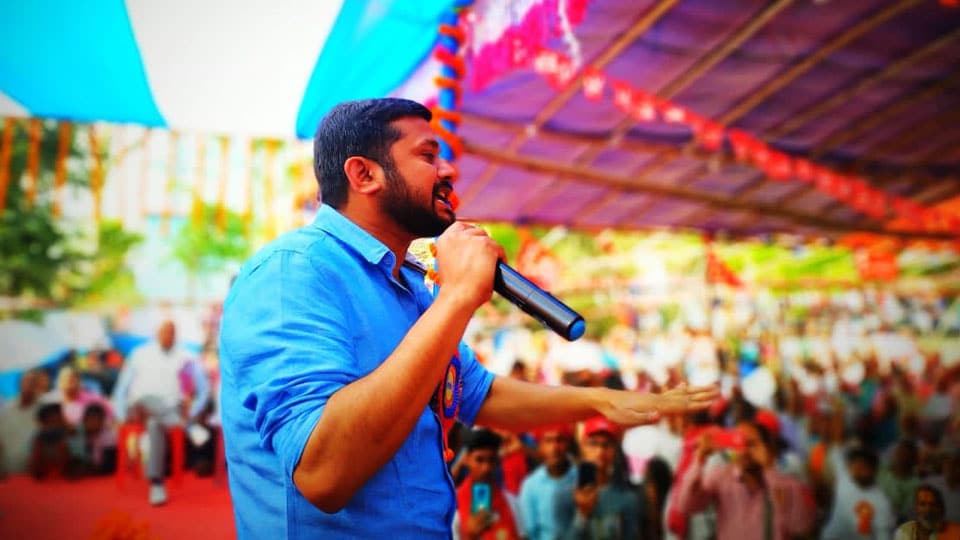 A Kanhaiya opportunity for Congress

What is happening in the Congress Party?  The one-and-only Kanhaiya Kumar quits Communist ranks and joins the Congress. Amarinder Singh, who led the Punjab Government as though he was still the Maharaja of Patiala, finds himself summarily dismissed by a suddenly assertive Congress Party. Whereupon, without the slightest embarrassment, he drives into the residence of Amit Shah in search of new pastures.

The Indian politician may have many weaknesses.  But a sense of shame is not one of them.  He walks into a party as per the convenience of the moment, and walks out when the conditions of convenience change.  Power is the ultimate justifier of every action.  This may be a universal fact.  But India stands out, thanks to the abandon with which politicians display their opportunistic loyalties. Lenin said compromises were inexcusable as “they are an expression of opportunism and treachery.” But Lenin is dead, isn’t he?

There have been attempts to “reform” the Congress Party.  The ever-loyal Kapil Sibal has been in the forefront of this crusade.  He has led the campaign for the Congress to have an elected President. Why this idea still remains a mere  idea is difficult to understand.  Kapil Sibal also deplores the practice of the High Command deciding who should be the party’s State leaders.  But that practice, too, continues.

This can be seen with greater clarity in the light that came out of Rajasthan recently.  Chief Minister Ashok Gehlot pounced on his challenger with a fierceness that hurt him more than his intended victim.  He told the modernistic Sachin Pilot: “Being merely good-looking, speaking English and giving soundbites is not everything in politics.”  In those few words, Gehlot showed why the loser remains a loser. For people like him, yesterday was a day of victory.  So todays and tomorrows must yield place to yesterdays.  Live in the past, forgetting the present and the future.

The Gehlot mentality is what the Congress will have to overcome if it wants to become a serious player in a changing India.  The people of India, the voters, don’t want to be stuck in the self-serving aphorisms of yesterday’s leaders. The people want to more forward and they want to see their country moving forward, too.  That is why the Gehlot frame of mind must give way to the Kanhaiya mentality if the Congress is to remain a key player.

When the BJP’s Vijayvargiya described Kanhaiya’s move as one “from gutter to drain,” he was merely demonstrating his and his party’s/inability to see reality as reality.  Probably they see the political significance of Kanhaiya’s move and are trying to reduce its importance by ridiculing it. They must know that such a game has no chance of winning.  Given Kanhaiya’s record so far, his move carries weight.

The famous JNU leader’s entry gives the Congress a new vigour, but it cannot amount to much if confusion continues at the top levels of the party’s leadership. Why is Rahul Gandhi the assumed leader of the Congress instead of the elected one? He will easily win an election, so the refusal to get elected has to be linked with the ego of the Gandhis. Rahul must be thinking that he is the natural, automatic, unchallengeable leader of the Congress, so what is the relevance of an election?  That assumption is the Congress’ doom.

Shashi Tharoor, a loyal Congressman, valiantly asks the party to elect a President. The party does not seem to have heard him.