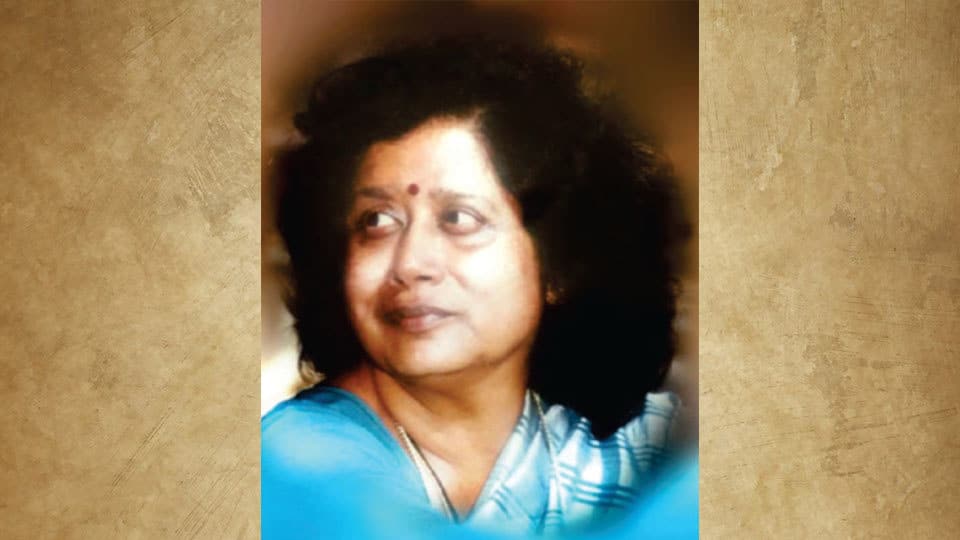 A tribute to Dr. Indra Amla

Her popularity as a Doctor was so much, some patients even named their daughters ‘Indra’

By Dr. V. Prakash, Former Director of CFTRI and Distinguished Scientist of CSIR

When Sam Cherian called me on Saturday morning and gave the news of Dr. Mrs. Indra Amla’s demise, I rushed to their house and paid my last respects to her. In the afternoon when I was sitting at home I remembered some of the events over four decades of association.

Dr. Indra Amla was always seen by us in CFTRI campus during 1972 (when I was a student) as a serious  Doctor who spoke less and would go to her work at Cheluvamba Hospital and return for lunch and again go back to work in the evening in a Herald car, I think.

As a Doctor by profession, she was very busy as one could see. Her popularity as a Doctor was so much, I know some patients who have even named their daughters Indra in reverence to Dr. Indra Amla.

Many people at CFTRI came to know her more at that time. After I took over as Director, she used to bring us new thoughts with JSS Hospital involvement where she was working and after her retirement from Government service.

Her interest in the subject of ‘under-nutrition’ became more and more intense. We made a draft of a project towards that and sent it to the Government. But, like it happens to Governments, it did not move forward fast enough which frustrated Dr. Amla who once mentioned to me “How much does it cost? I will take care of the expenditure and let us move ahead.” It was a small project. That showed her commitment to children and women and to help them somehow. In the end, the project did not take off but Dr. Indra Amla’s passion to serve women and children did not die.

Over the years we used to visit Dr. Amla’s residence on Contour Road, Gokulam and later in Hinkal.  She was an excellent host and conversationalist. And her conversations inevitably always led to something to do with service to society.

Dr. Indra Amla was a committed worker not only during service but even after retirement. I feel with the passing of Dr. Indra Amla, the iconic era of exceptional women doctors who stood for a cause in Mysuru, has come to an end.

May her soul Rest in Peace.

7 COMMENTS ON THIS POST To “A tribute to Dr. Indra Amla”