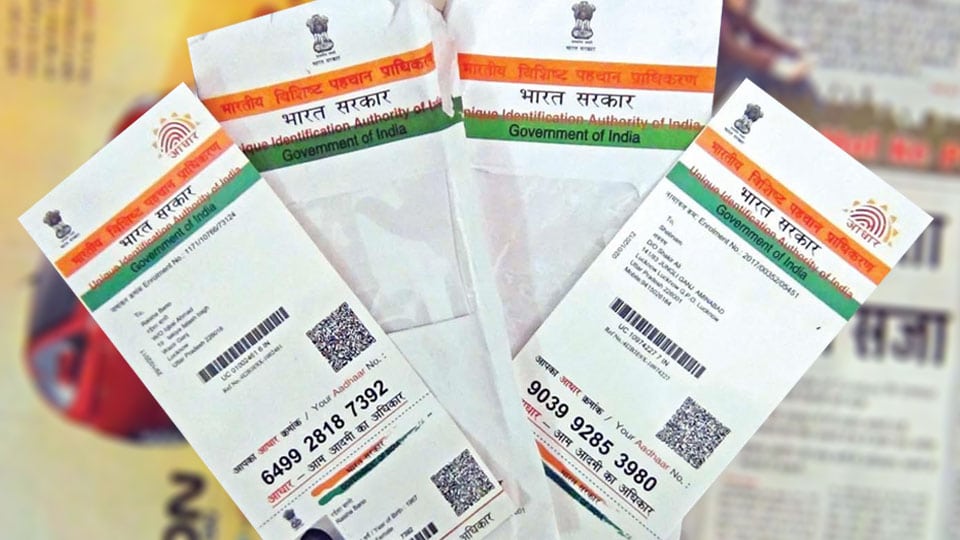 New Delhi: The Aadhaar scheme empowers people on the margins of society and gives them dignity, which far outweighs the harm, the Supreme Court said this morning in a majority judgement that pronounced the national identity card “constitutionally valid” but with conditions.

Turning down the argument of exclusion, the Court said for the “exclusion of a minimal three per cent, the 97 per cent who will benefit due to inclusion cannot be denied it; “One can’t throw the baby out with the bathwater,” said the Judges.

The majority verdict was read out by Justice Sikri. A Five-Judge Bench, led by Chief Justice of India (CJI) Dipak Misra, reserved its verdict in the case on May 10 after a 38-day hearing. The Five-Judge Bench also comprised Justices A.K. Sikri, A.M. Khanwilkar, D.Y. Chandrachud and Ashok Bhushan.

The SC decided whether the Aadhaar Act, 2016, is valid, if the government can demand biometric and demographic information from every resident of the country and if a citizen’s privacy is a fundamental right.

There were three separate judgments from Justices Sikri, Chandrachud and Bhushan. The CJI and Justice Khanwilkar did not deliver separate judgements and concurred with Justice Sikri. In his verdict, Justice Sikri has struck down portions of the law that made it mandatory for Aadhaar to be provided to corporations for various services. The Court said it can be used only for government services. It also said that children can’t be excluded from school admissions due to lack of Aadhaar.

Justice Chandrachud has said that the Aadhaar Act shouldn’t have been passed as a Money Bill and has also told telecom companies to delete all Aadhaar data received from customers. Justice Ashok Bhushan has largely agreed with the majority verdict and also noted that seeking biometric data wasn’t a violation of an individual’s privacy.

Over one billion Indians have already signed up for Aadhaar, set up to be a secure form of digital identification for citizens to be used for government services.

Aadhaar Card: What you must know