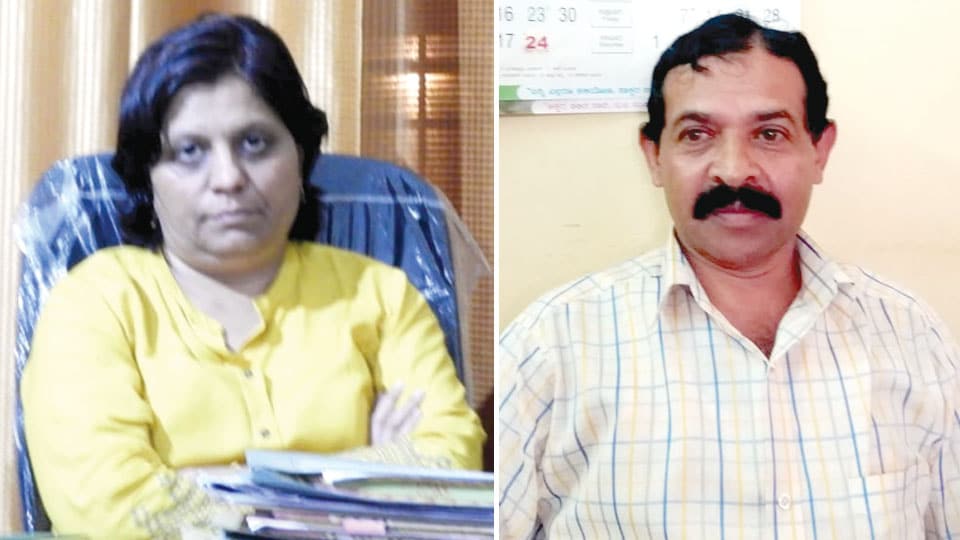 Madikeri:  The Anti Corruption Bureau (ACB) has trapped the Deputy Director of Social Welfare Department in Kodagu and a First Division Assistant of the Department while accepting a bribe of Rs. 20,000 from an aggrieved woman.

Mayadevi Galagali is the Deputy Director of Social Welfare Department and Mohan is the First Division Assistant. The duo was trapped at their office and the cash has been recovered.

According to a complaint filed with the ACB, Nalinakshi, who hails from Kasaragod in Kerala and a resident of Shakthinagar in Madikeri, her husband died of drowning at a river near Murnad in Madikeri Taluk in March this year.

Later, the drowning incident was turned into a murder case as Madikeri Rural Police had got definite clues and evidence of Nalinakshi’s husband  being killed. Following the death of the family breadwinner, Nalinakshi applied for compensation of Rs. 4 lakh available under SC/ST Act.

Following her appeal, the State government had released Rs. 4 lakh. However, Mayadevi Galagali and Mohan who are the sanctioning authorities of the money demanded Rs. 20,000 from Nalinakshi for the amount to be sanctioned. Mayadevi made a couple of calls to Nalinakshi demanding the money and the latter had recorded the conversation on her mobile phone.

Fed up with the pestering demand for Rs. 20,000, Nalinakshi approached the ACB and filed a complaint. After listening to the audio records, the ACB laid a trap and asked Nalinakshi to meet Mayadevi Galagali and Mohan at their office. While Mohan was caught red-handed with the cash, Mayadevi was trapped as she placed the demand for the bribe.

Both the officers have been arrested. ACB Dy.SP Poornachandra Tejaswi led the trapping operations.