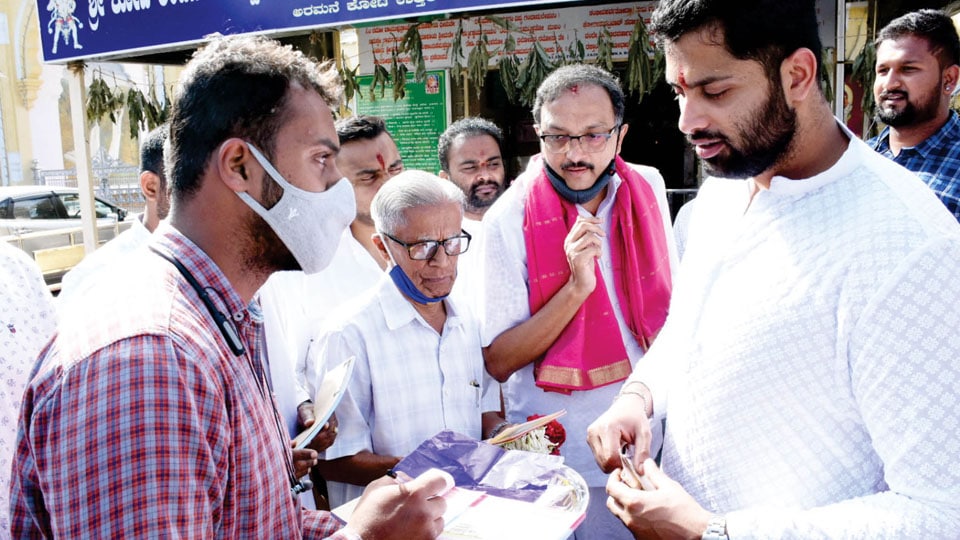 Speaking on the occasion, Abhishek said that he has donated a small sum for a great cause. Maintaining that the Trust has been working for fulfilling the aspirations of crores of Hindus who want to see Ram Mandir at Ayodhya, he wished the Trust all success in the campaign.

Replying to a question on why theatres were not willing to open when all other commercial establishments, schools and colleges, marriage halls etc., have re-opened, he merely  said that there are senior actors who could discuss the issue with theatre owners.

Asserting that it is the choice of  cinema producers to release their films online or in theatres in the post COVID-19 lockdown scenario, he however said that, personally, he would like to support theatre owners.

Replying to another query on actor Darshan’s reported statement that theatres should immediately re-open, Abhishek said that no actor wants film producers to lose money and Darshan may have made this remark while expressing support to Film Producers.

He said that he was hopeful of an early solution for the raging issue concerning the film industry, thus bringing relief for everyone involved in the industry.

Sri Ramjanmabhoomi Theertha Kshetra Trust State President M.Venkatram said that the ‘Abhiyaana’ launched today will continue till Feb.5 across the State. Pointing out that scores of volunteer teams, with five members in each team, are visiting households for collecting funds, he said that people can donate voluntarily and there is no limit for donations.

Asserting that Ram Mandir will be built only by money donated from people, Venkatram said that the construction of  the Mandir is expected to be complete in 2024. People can donate according to their capacity and coupons will be issued for every donation made (Rs.10 or more), he added.

He appealed the people to contribute liberally for Ram Mandir which is the pride of Hindus across the globe.