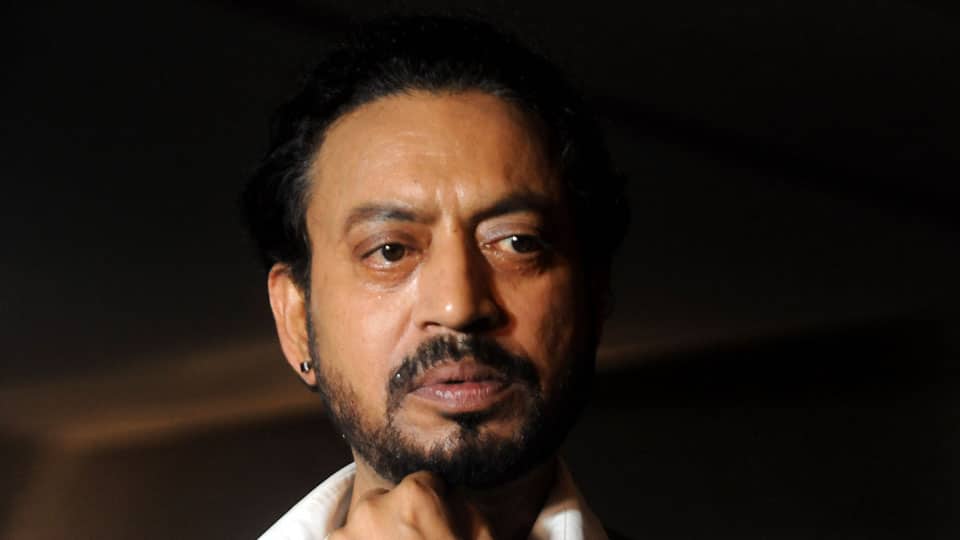 Mumbai: Bollywood actor Irrfan Khan died in Kokilaben Dhirubhai Ambani Hospital today. Khan, 53, was being treated for a colon infection and just hours before he died, his spokesperson said he “was still fighting the battle.”

A statement released by his family said, “Irrfan was buried at the Versova kabrastan in Mumbai at 3 pm this afternoon soon after the news of his passing away was announced. In presence were his family, close relatives and friends. Everyone paid their final respects and mourned the loss of his passing away. We pray for his peace and we hope he’s in a better place today. He was strong in his fight, and we all have to be strong too in this loss.”

Irrfan Khan’s wife Sutapa Sikdar and two sons were photographed exiting the Mumbai hospital in the afternoon. Irrfan had lost his mother, Saeeda Begum, four days before his death. She died on Saturday at the age of 95 and Irrfan could not even attend her funeral. Due to the ongoing lockdown, Irrfan could not travel from Mumbai to Jaipur and instead attended the funeral on video.

Khan, one of India’s most respected actors, battled a tumour for several months and returned to Mumbai some months ago after being treated in London. It’s saddening that this day, we have to bring forward the news of him passing away,” read the statement. “Irrfan was a strong soul, someone who fought till the very end and always inspired everyone who came close to him.”

Despite his status as one of Bollywood’s most celebrated actors, Khan had a reputation for modesty and integrity and news of his death sent India into mourning, prompting actors, fans and politicians from across the world to express their sadness at his death.

In March 2018, Khan revealed he had been diagnosed with a neuroendocrine tumour, but after extensive treatment, he recovered well enough to shoot ‘Angrezi Medium’, the film that would turn out to be his last, and whose release this March was cut short because of the Coronavirus pandemic.

Best known to English-speaking audiences as the Police Inspector in ‘Slumdog Millionaire’ and for his roles in ‘Jurassic World’ and ‘Life of Pi’, Khan was a Bollywood mainstay, acting in hits such as ‘Haider’, Maqbool, ‘Piku’ and ‘Hindi Medium’.

Khan was born Saahabzaade Irfan Ali Khan in Jaipur in 1966, the son of a tyre seller, and went to drama school after failing as a cricketer. He struggled to make headway in the film industry, despite being cast in a small role as a letter writer in Mira Nair’s 1988 ‘Salaam Bombay.’ To his frustration, he only managed to find regular work in low-grade TV soap operas. Later he rose to stardom and impressed audience with his inimitable style and simplicity.

Commenting on the sad demise of Irrfan, Playwright, Theatre Director and Activist Prasanna said, “Sad, Irrfan was a student first, a friend later and an activist in our struggle against Monster Economy. I have some pictures of Irrfan and his wife Sutapa spending an entire day at the Badanwal Gandhi Ashram with us. We will remember him for a long time. Irrfan Khan had stayed at Badanwal, a small hamlet near Nanjangud expressing his support to Badanwal Satyagraha in April, 2015.