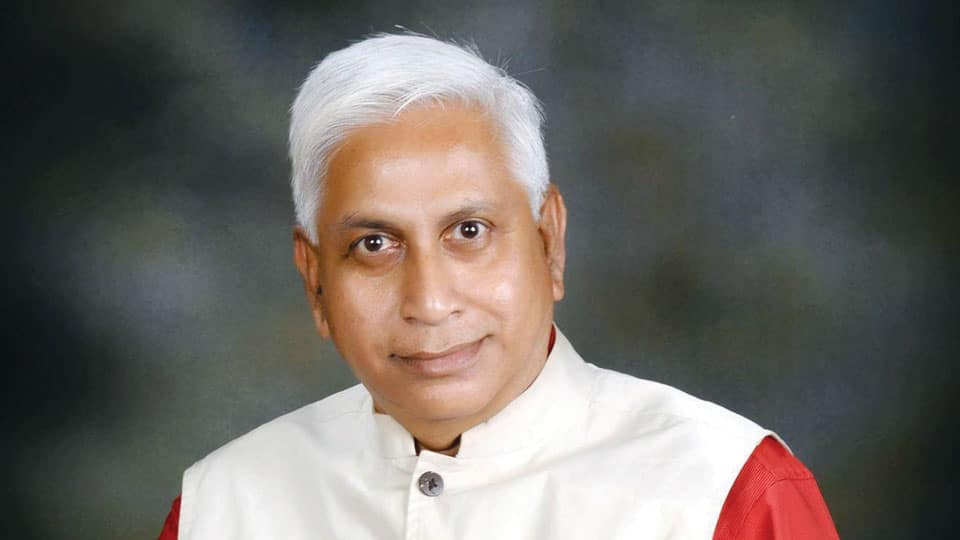 I have heard death always comes stealthily. In the death of N. Niranjan Nikam, a familiar name among journalists in our city, who died last night, death came, without an iota of doubt, very much stealthily.

I got a Forwarded message about this most unexpected and deeply disturbing news early this morning. I usually doubt the credibility of this kind of Forwarded messages, but this one I shared with my wife who too was sceptical. After all, Niranjan was with me in my office in the forenoon, just a week back spending more than half-an-hour.

He was, as was his wont, concerned about my health during these pandemic days. Anyway, it was only when my son told me that he got the bad news around 2 am from Niranjan’s wife Pam (Pamela Sanath) that I believed Niranjan’s final adieu to all of us.

Niranjan was wanting to see me for the last more than one month and was seeking an appointment which I avoided as I was not meeting people, though going to office, due to COVID-19 protocol (specially for the aged). Yet, he was persistent and I gladly yielded. He was one and the only journalist that I loved to be with and interact because, despite many issues between us, we gelled well together. God’s good man, pleasing in manners and understanding of his fellow journalists and even bosses. I was his boss for some years when he joined Star of Mysore after his brother Girish Nikam left for a greener pasture in Bangalore and later in Delhi.

I have written about these Nikam Brothers in my book, brought out on the 40th anniversary of Star of Mysore, titled “Star of Mysore: Story of a unique evening english newspaper.” It was not quite complimentary to them in parts. But I must say that young people in pursuit of a career do often act in haste and blunder — both in their professional and personal life. Let it be.

When Niranjan met me in my office at last, he was sharing his plans to settle his properties, an apartment at Bengaluru etc., and his Plan A and Plan B for a retired life with his wife Pam. I was pleased with his forethought. Alas, man proposes and God disposes.

I must mention here his immense love for Rahul Gandhi whom, he said, he wished to see as the Prime Minister of India. “Alleluia!” I said and changed the subject to the future of print media etc. For me it has always been engaging and interesting to keep talking to Niranjan though we might not agree on many issues of national importance.

He was a Secularist, so am I. But his Secularism was of the present Left-Liberals whom our Prime Minister Narendra Modi described as Andolanjeevis! When he left my office, it was with an invitation to break-bread together over a drink. I readily agreed and even gave him a possible time — March or April. Again, Niranjan proposed but God disposed!

Niranjan’s company was so compatible for me I used to take him with me to functions, interviews and reporting. I had even taken him to Delhi once where his brother Girish Nikam was working for Times of India Group. It was a memorable visit as Nikam’s brother took great care of me, even pampered me with their hospitality. I left Delhi after I finished my work, while Niranjan stayed back. While there, Niranjan and myself took a taxi, went to Chandigarh, visited Rock Garden and other places and then went to Shimla for two nights and three days. He was too good a company and too helpful to me.

READ ALSO  Gone Away: To Germany & Austria -11: A visit to Dachau Concentration Camp

For many years, he was out of Mysuru because of his profession, but whenever he came to Mysuru he would call me and even pay a courtesy visit. That goes to his credit as a good Public Relations (PR) man. More than a journalist, he would have been a good PR man in any corporate organisation, I guess.

When his father died I wrote about him in this column, though I knew him only in a casual way. His was an inter-religion marriage and was a harmonious one, from what Niranjan told me. Niranjan was so pleased with that Abracadabra, he said, he had got it framed and preserved it.

With his brother Girish pursuing further education in Mumbai (Criminology), Niranjan, despite his academic interest, joined his father’s handicrafts shop to assist him after graduation. That was how life plays with individuals. When the shop was closed, Niranjan sought a journalist’s job as he had the gift of the gab and also skill to write in English. That was how or that was why, probably, he thought he could fill the void created by the departure of his brother Girish from Star of Mysore. And I was only too happy to take him as a reporter and as one for interviewing English knowing VIPs.

He had served Star of Mysore  well during those days till he left for greener pastures like his brother before. Thank you.

3 COMMENTS ON THIS POST To “Adieu to a Sr. Journalist: N. Niranjan Nikam”