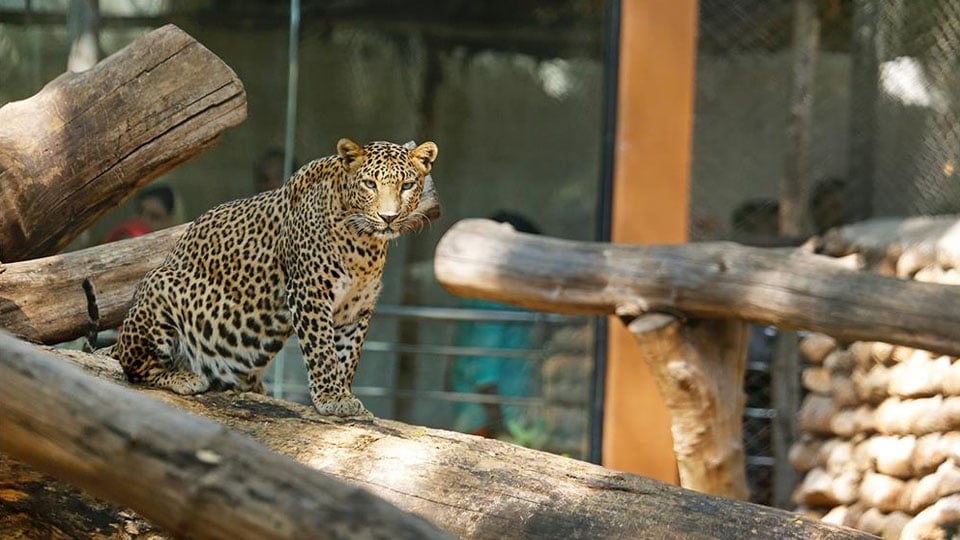 Mysore/Mysuru: No one knew when Kumar Pushkar, the then Executive Director of the century-old Sri Chamarajendra Zoological Gardens (Mysuru Zoo), launched a scheme on Oct. 27, 2001 to mobilise additional resources to the Zoo, it would one day hog national limelight.

The ‘Adoption of Animals’ Scheme launched by Pushkar, who is presently the Tourism  Department Managing Director, has now become a novel programme for other Zoos across the country to mop up its resources.

It was so popular that any visitor who has love for birds and animals, never returns without adopting at least a small bird.  This scheme came as a big breather for the Zoo when it was closed for over 60 days recently due to COVID-19. The funds, available under this scheme, was utilised on feeding of the captive birds and animals during this period.

It may be mentioned here that Co-operation and District in-Charge Minister S.T. Somashekar mobilised a record Rs. 3,48,04,918 from various individuals and institutions from Yesvantpur Assembly constituency, Bengaluru, which he represents, for Zoo maintenance during COVID lockdown. This is helping the authorities to maintain the Zoo despite dwindling tourists owing to Coronavirus.

This scheme is acting as a media for people to show their love and care towards birds and animals. Many of them seek information from the Zoo officials about the welfare of their adopted animals/ birds, or dial up the officers concerned in case of complaints about negligence in caring.

Initially it took time for the people to understand about this scheme resulting in low adoption numbers and the money earned out of it. Not losing heart, the Zoo authorities stepped up propaganda through media and hoarding within the Zoo premises. Several celebrities were roped in to popularise this scheme. International crickets from Karnataka, Anil Kumble, Javagal Srinath encouraged the scheme through adoption. They also brought in other cricketers like Zaheer Khan and Mahendra Singh Dhoni to go for the adoption scheme to contribute their mite for the progress of Zoo.

“This scheme will enable the Zoo visitors to show their love and affection through adoption of birds or animals. Through this they are helping in the conservation activities,” opined a senior IFS Officer Manoj Kumar, who had served as Executive Director of the Zoo.

Ajit M. Kulkarni, the present Executive Director of the Mysuru Zoo, said this scheme helped a lot during the countrywide lockdown for over 60 days to take care of the inmates. The Zoo required Rs. 2 crore monthly towards the feeding, maintenance and salary of the staff. When tourists stopped visiting the Zoo due to COVID-19 scare, the District in-Charge Minister S.T. Somashekar mobilised Rs. 3.50 crore from the donors under the Adoption scheme.

Celebrities who have supported scheme

As Mysuru Zoo and Bannerghatta Biological Park function as autonomous bodies, they do not get any grants from the Government. The revenue earned by these two Zoos was supporting all the nine Zoos in the State. As the Zoos remained shut during COVID-19 lockdown, the revenue was stopped and it had become difficult to maintain these Zoos.

Hence, the  Zoo Authority of Karnataka (ZAK), on July 29 this year, launched a mobile phone application ‘Zoos of Karnataka,’ to enable people to contribute for conservation education, rescue, relief and rehabilitation of wild animals.

The app would be useful in online animal adoption and donations to all nine Zoos of Karnataka, for any amount starting from Rs. 50. It app also enables one to share adoptions and donations with friends.