Home » News » After months of delay, DKS made KPCC President 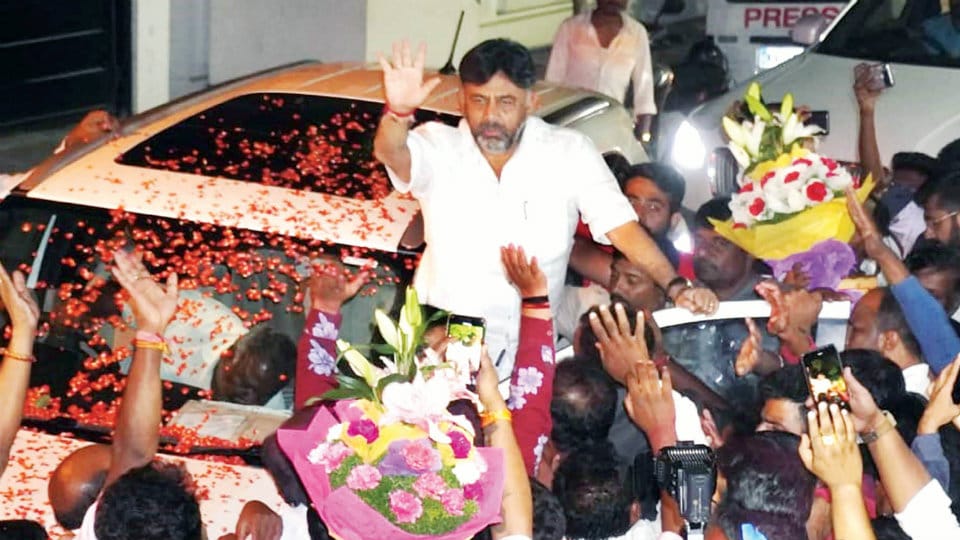 After months of delay, DKS made KPCC President

The high command’s announcement comes at a time when the Congress party is on a shaky wicket. As soon as the AICC official communiqué was out, in the Assembly’s lounge, Shivakumar offered a red rose to former CM Siddharamaiah and in return got a pat on his shoulder from him. “My biggest challenge was keeping my confidence,” Shivakumar said in an interview.

Meanwhile, Siddharamaiah will continue to serve as the Leader of Opposition in the Karnataka Assembly and Leader of the Congress Legislature Party (CLP). Legislators Eshwar Khandre, Satish Jarkiholi and Saleem Ahamed have been appointed as KPCC Working Presidents. All three members are close associates of Siddharamaiah.

The fight for the KPCC President was between Shivakumar and his most formidable detractor Siddharamaiah. In 2018, Dinesh Gundu Rao, a Siddharamaiah loyalist, had been named the party’s President. This time too, Siddharamaiah wanted one of his supporters to become the President. However, party sources said the high command could not ignore the demands of ‘loyalists’ like Shivakumar. It is in order to pacify all factions within the splintered Karnataka Congress, Satish Jarkiholi, Eshwar Khandre and Saleem Ahamed were made Working Presidents.

The rivalry between Shivakumar and Siddharamaiah is not new. The first among many instances was when DKS was deliberately kept out of the Cabinet in 2013. DKS got Sonia Gandhi to intervene and ensured that he was given Energy portfolio.

The two leaders have been at odds ever since. The rift only grew wider after the Congress and JD(S) forged an alliance in May 2018 after the Karnataka Assembly election results were announced. Siddharamaiah and Shivakumar had differences over making Kumaraswamy the Chief Minister. While Shivakumar batted for Kumaraswamy to become the CM, Siddharamaiah remained unhappy.

But after suffering losses in the Lok Sabha and Assembly polls, Shivakumar had the upper hand to convince the high command that the party needed new leadership.