Home » Columns » All the lying they have done 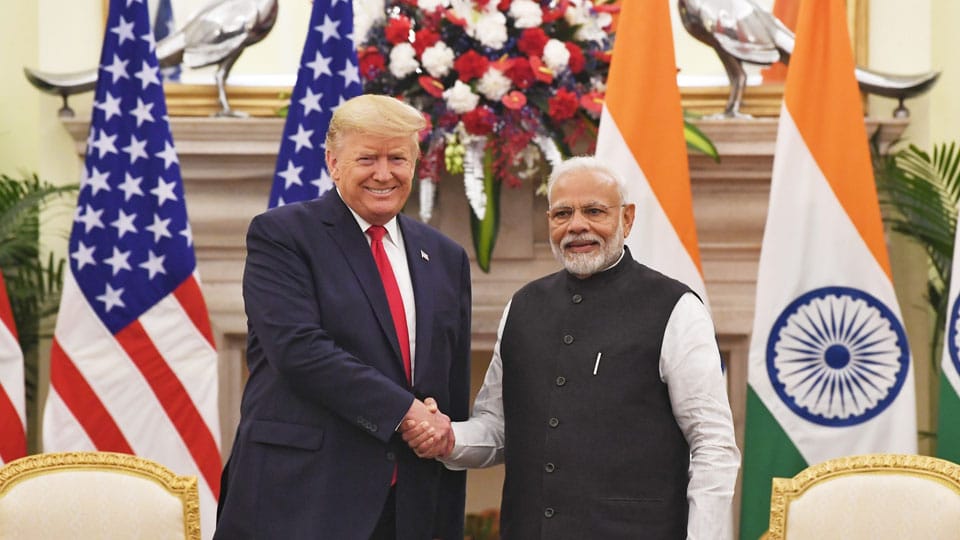 All the lying they have done

A few days ago, for the first time in my eventful life, I felt jealous of the Americans. I was watching a press conference with President Trump facing his usual crowd of White House correspondents.  One of them, with no dramatics, leaned back on his chair and asked matter-of-factly: “Do you regret all the lying you have done to the American people?”

Just like that.  Direct and to the point. Trump was taken aback by the sheer effrontery of the question. Not believing what he heard, he asked for a repeat and the reporter put it as plain as before: Any regret for all the lying of the past?  Trump was now sure of the question and the sting in it.  He did not try to answer. He moved on to the next question.

Clearly our Prime Minister knows what is the most effective way to project his persona and thereby strengthen the country. The power of his personality has made India’s Press so patriotic that the Prime Minister can face it with complete confidence.  Even then Modiji is extra cautious and ensures that there is no occasion for anything untoward to happen. After all, it was an Indian-American named Shirish Date, working for Huffington Post, who asked the question that stumped Trump. Which shows that if you have Indian blood in your veins, sudden boldness can suddenly break out. Better not to take chances. No press conference, period.

READ ALSO  Too many vip deaths. Something amiss ?

Once upon a time things were different. Jawaharlal Nehru was a star at every press conference he held. Often it was a free-for-all, with correspondents not formally accredited, diplomats and even interested locals attending. Nehru would hold them all spellbound. Not behind was A.B. Vajpayee with his easy-going style, his love of humour, his camaraderie. Modi is the first pm to see wisdom in avoiding the press. It shows how India has changed.  Is it a change for the better?  Or is it a change that points to a lack of self-confidence in the top leader?

A couple of times he held what he presented as a press conference.  He would invite a couple of unknown journalists to his chamber and let them ask pre-arranged questions to which he would give pre-arranged answers. Sometimes the journalists would turn out to be so unjournalistic that they would ask questions like how the Prime Minister ate mangoes. Modiji must have finally grasped the ludicrousness of such shows.  He is not hosting any more of them.

We must see this as part of the peculiar kind of democracy that has developed in our country. The organisation called Reporters Without Borders issues every year what it calls World Press Freedom Index.  The 2020 rankings are led by Norway and Finland.  India figures below countries like Thailand, Philippines and Afghanistan at rank 142 with an “abuse score” of 31.35.  That is 142 out of 180 countries. The average Indian, subject to the traditional view that press freedom is basic in the country, may find some recorded facts difficult to believe. Example: 55 Indian Journalists Arrested, Booked, Threatened for Reporting on Covid – 19 (The Wire); Under Modi, India’s Press is Not So Free Anymore (New York Times). Reporters Without Borders puts it bluntly when it says that India’s low ranking is due to the Government “tightening its grip on the media and pressurising it to toe the Hindu nationalist Government’s line.”

What the reporter asked Trump at his press conference will remain a “quotable quote” wherever Government-Press relations are discussed. It will be a marker in Media history and in the history of Democracy. But it won’t make any difference to the Government-Press relations in India.  For a variety of reasons, the Indian Media today is not what it was, nor what it should be.  That is not good for India or the Media. But that’s how it is in Modiji’s India.