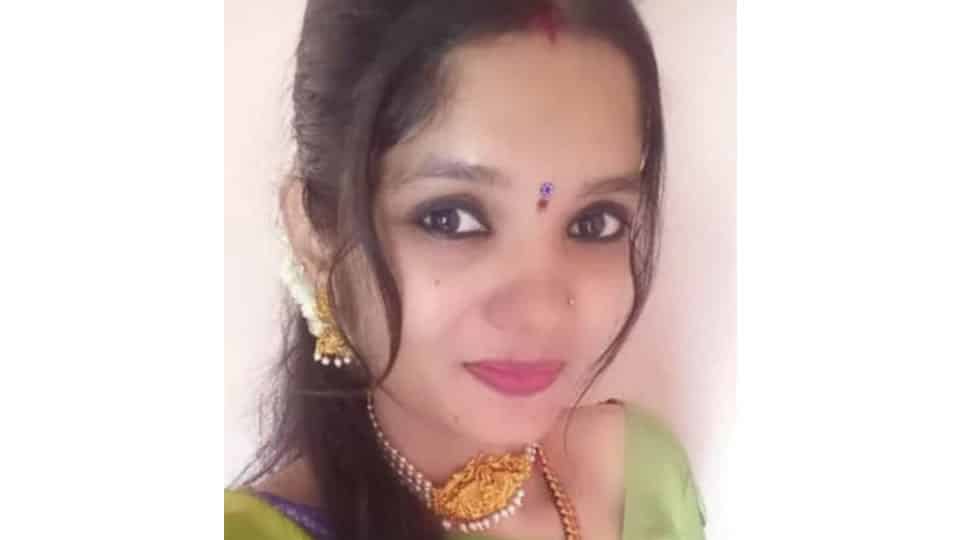 Nagamangala: A 25-year-old woman, alleging dowry harassment from her husband and his family members in her death note, killed her 10-month-old daughter and later committed suicide by hanging self at her parents’ house in Kenchegowdanakoppal village of Nagamangala taluk yesterday.

The deceased have been identified as Bindu, daughter of former Mandya Zilla Panchayat (ZP) Member Sunanda Doreswamy and her (Bindu) daughter Jahnavi.

Details: Bindu, while pursuing her Engineering course at a private college in Mysuru, fell in love with Naveen, an employee of a private company and a resident of her village.

She got married five years ago without the knowledge of her family members at Bellur Sub-Registrar’s Office, left her education midway and was residing with Naveen in Bengaluru.

It is learnt that at Naveen’s house, his mother Nagamma and sisters Navya and Nayana were harassing Bindu to get dowry from her parents’ house. In the meantime, Naveen was said to be in relationship with another woman named Mamata and was speaking about divorcing Bindu and marrying Mamata, which was being encouraged by Naveen’s family members, it is said.

Bindu, who had come to her parents’ house along with her daughter on Apr. 2 for Ugadi, had informed her parents about the harassment for dowry at her husband’s house and began to stay with them. Meanwhile, Naveen had sold a house which was in Bindu’s name at Nagamangala.

In a complaint with Nagamangala Police, Bindu’s father Doreswamy has stated that Naveen, who came to Kenchegowdanakoppal on Sunday, took her out and dropped her back in the evening and left for Bengaluru. He had reportedly told Bindu to get Rs. 10 lakh as he wanted to do business and give money to his sisters. He had also told her to get 100 grams gold ornaments  as dowry. He had reportedly warned of divorcing her and marrying Mamata if she failed to bring cash and gold ornaments, the complaint added.

Doreswamy has further stated that on Sunday afternoon, when he and his family members had gone outside, Bindu hanged her daughter and later hanged herself.

Nagamangala Police, who have registered a case in this regard, are investigating.