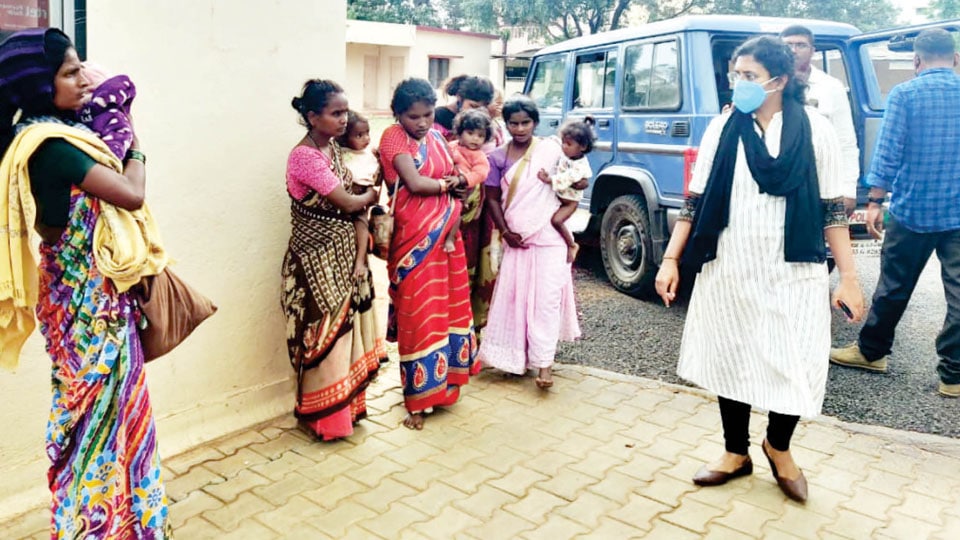 Mysore/Mysuru: The City Police have rescued nine children and seven women who were involved in begging on Thursday. Personnel from various wings of the Police have been conducting an Anti-Child Begging Drive as part of Crime Prevention month. They were spotted by Cops during routine checking following orders of City Police Commissioner.

“The parents will be counselled and warned not to involve children in begging. Till date, we have rescued many children from begging. The process of keeping them in child care instructions for their rehabilitative and reformative measures is going on,” a Police officer said.

At major traffic junctions, crowded public roads and temples in the city have become favourite spots for begging and kids are being used to woo passers-by to give them some alms.  “It has come to our knowledge that some women beg with toddlers in hand or their laps. Police will check if the child is their own and ensure that any child forced into begging will be rescued,” he added.

The rescue operation was conducted under the supervision of DCPs Dr. A.N. Prakash Gowda (Law and Order) and Geetha Prasanna (Crime and Traffic), ACPs Shashidhar and V. Mariappa.