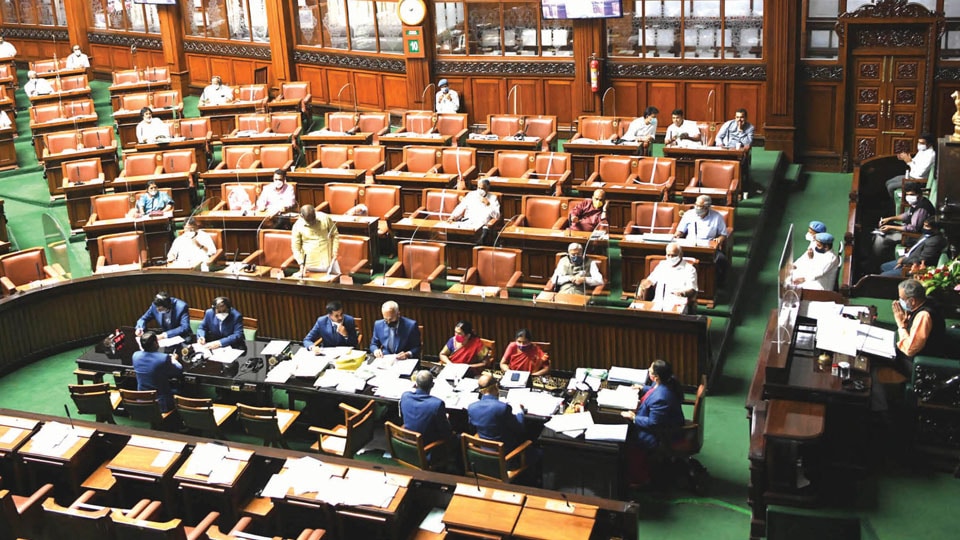 The Karnataka Agricultural Produce Marketing (Regulation and Development) (Amendment) Bill 2020 is the State version of the Central legislation to modify the APMC law.

The amended law allows farmers to sell their produce outside APMC markets.

Araga Jnanendra (BJP) termed efforts are made to portray this Bill as anti-farmer but it was pro-farmer and welfare-oriented. “I am an areca farmer and I was paying 3 per cent commission and cess. This was making a difference of Rs.1 lakh per truck load,” he said.

Deputy Chief Minister and Transport Minister Laxman Sangappa Savadi said those who were opposing this Bill must tell how it was anti-farmer and cause loss for them. Traders were illegally collecting commission from farmers. If they have real concern for farmers then they must welcome the new Bill, he added.

Kollegal MLA N. Mahesh said he would not talk about the APMC (amendment) Bill but the Government must clarify whether it would help multi-national companies to monopolise farm sector. This was the biggest doubt that farmers have in their mind. Farmers would definitely welcome this Bill if the Government announces Minimum Support Price (MSP).

Minister Somashekar said between 2013 and 2018, permission had been given to 60 MNCs but none had said that it was anti-farmer. The Government would like to clarify that the MSP system would remain, he added.