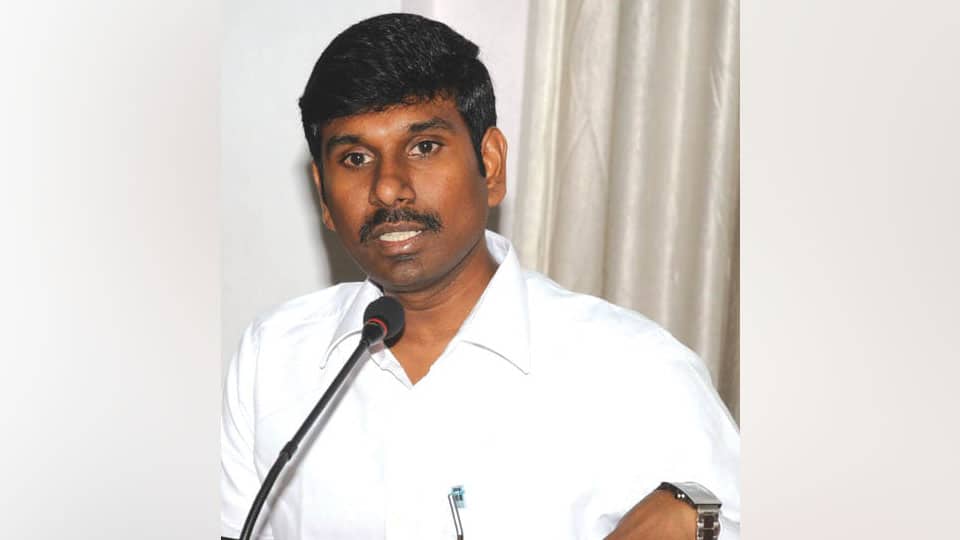 Mysuru:  Deputy Commissioner and District Electoral Officer K.B. Sivakumar has said that the District Polling Officials were ready to receive nomination papers from tomorrow for the Assembly polls.

Addressing a press meet at his office here this morning, the DC said that the process of filing papers will begin tomorrow at 11 am and go on till 3 pm.

He also gave details of the Offices of Returning Officers of 11 Constituencies in the district where the nominations will be filed from Apr.17. [See box].

The last date to file the papers is Apr.24 and the deadline for withdrawal of nominations is Apr. 27.

Referring to the implementation of election code of conduct, the DC said that totally 21 complaints had been received in the district (17 by Rural Police and 4 by Urban Police) regarding violations. He further said that 1,038 grams of gold, Rs. 7.48 lakh in cash, two borewell lorries, four vehicles, one campaign vehicle and 77 T-shirts had been seized.

Sivakumar said that the raids by Excise Department had yielded 1,118 litres of liquor worth Rs. 3 lakh. He added that about 2,000 posters had  been seized.

The DC also said that a complaint has been received regarding two Mysore University faculty members allegedly participating in an election campaign and added that the Registrar of the University has been asked to look into the complaint.

The DC said that about 10% of the 2,860 election booths in the district will be taken up for web casting with Videography coupled with CCTV footage to monitor the election process in sensitive booths. He further said that 6 booths (five  in urban and one in rural area) will be totally maintained by women and will be named Pink Polling Stations.

DC K.B. Sivakumar Karnataka Elections 2018 Nominations
Modi to campaign in State on Apr.18
CM to contest from only one seat