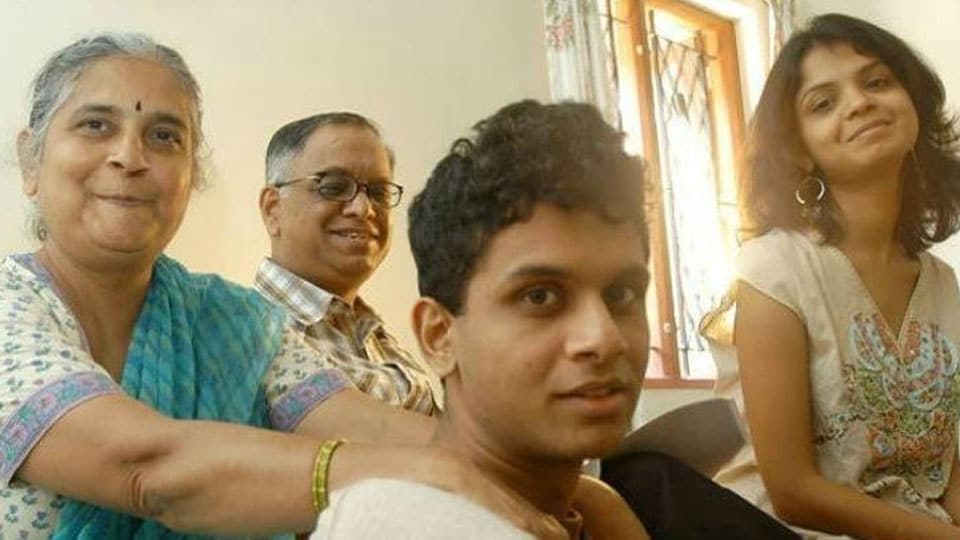 Attachment Vs Detachment: A lovely thought by Sudha Murty

When my daughter, the elder of my two, wed and left home, I felt a part of me gone. With a daughter and a son, I know what both mean, differently.

When she was in her teens, I felt as if she was my “physical extension” ! So when she left home to set up her own, I felt I lost a limb.

Next time she came to stay with us, I was astonished how her priorities had changed. We too must’ve given the same shocks to our own parents !

When she said Amma, she meant her mother-in-law, not me! I felt she was always in a hurry to go back to her house and not stay with me for a few more days. That was the first time, it dawned on me that I have to start practicing detachment with attachment.

Two years after my daughter’s marriage, my son left for higher studies to the US.

Having experienced a child’s separation once, I was better equipped emotionally. I plunged head long into various classes held in the city starting from Vedanta to healing to Ikebana… I just wanted to be away from home since my husband was a 24/7 workaholic.

My son used to write how he was missing my home-cooked food, how he was waiting to come back to live in Chennai with us. After a few years, he did come back and we got him married.

But now, it was all changed! When in the US, he missed my cooking, now if I called him to come over with his wife for a meal, it was always some excuse like, “Oh, Amma, we have other plans for the day, please don’t mistake us if we don’t drop in today” !

I could see that his priorities had also changed completely.

We talk so many things and give so much advice to others, but when it comes to our own children, acceptance comes very late. Our next step is to just leave them undisturbed in every way.

It was at that time, that I made the following, my ‘new profile.’ In all my relationships, rather interactions, I give my best and do my best to live up to what I say. My attachment with them is complete. However, I remain detached in the sense that I do not expect them to reciprocate my affection. Most importantly, I make a conscious effort not to interfere or pass judgements on the lives they choose to lead.

My concern for my near and dear ones will not fade with my detachment. If you let go of the ones you love, they will never go away — this is the beauty of attachment with detachment !

I have learnt to love and let go. This dictum has developed tolerance in me. When I let the people live the way they want to, I learn to accept them for what they are. Most importantly, I learn to tolerate the world around me and this tolerance brings in me a sense of peace and contentment.

Since both my children live in Chennai, I follow this very strictly, you know why !

Now I have realised that we start growing mentally much more only after the children leave the house and we have to tackle the emotional vacuum, that arises, along with age-related problems.

I specially dedicate this post to my friends, who are totally dependent on their children’s lives, to nurture their own selves emotionally.

Please develop your own interests, hobbies etc., however mundane they seem to be.

Very important to learn attachment with detachment with age. A simple thought, “let go.” But is it easy? Not at all. In the Indian families, “son” fixation is in existence from ages. How does one get over it? Yes, Sudha Murty has overcome this fixation and has let her children free from the so-called invisible maternal bonding, but is it easy? With the middle class bloating and income rising with double incomes, if one wants to retain the affection of children this has become a necessity.

Is there a manual written by any sage or an intellect with instructions to raise children the right way. No, the reason is simple. Each individual is different, think differently and hence a set of rules cannot apply to all. Education of the girl child has made a big difference. More and more women are getting educated and hence there is a change of perceptions.

An idea which was prevalent in the 20th century becomes obsolete in the 21st century. One has to move with the times and if you cling to the ancient ideas and values, you are left behind.

Change with times. Let go, practice detachment very early in life so that when the time comes for detachment with your children you are mentally ready. Of course, at present, the biggest blunder any parent would do is to be financially dependent on their children. In the yesteryears, several parents would transfer all their assets to their sons and then suffer in their old age. It has become an absolute materialistic world and the moment one is dependent then one has to be ready to face humiliation through and through.

There are so many things which you as an individual wanted to do but could not due to many reasons. Do them now. Learn yoga, read books, take care of your health, play with your grandchildren, do gardening, learn dancing, learn music,  the list is endless. The magic mantra in the present is “attachment and detachment.” Believe me, it works. I practice it.

2 COMMENTS ON THIS POST To “Attachment Vs Detachment: A lovely thought by Sudha Murty”